Planned obsolescence is a term usually applied to design and economics and refers to intentionally building a limited lifespan into a product to ensure sales of future versions of the same thing. For example, electronics manufacturers have been accused of putting products on the market for which they have already developed “superior” versions or that cannot effectively run constantly updating operating systems so consumers will quickly be forced to “upgrade.”

Gun control advocates, however, have also adopted this technique to ensure that today’s “solution” to firearm-related violence inevitably tees up tomorrow’s even stricter measure to close the former law’s “loopholes.” As an article this week in USA TODAY demonstrated, even as gun control advocates are pressing for laws to give judges the discretion to order the seizure of guns that people already own, they are already preparing to argue that this is not enough. The next step requires giving bureaucrats the discretion to determine who should own guns in the first place.

The article is one of the more nuanced discussions of the recent events in Jacksonville, Florida, and pointed out that the suspect in that case ironically obtained the firearm he allegedly used to commit his crimes in the much stricter gun control jurisdiction of Maryland. Specifically, the article cited rankings compiled by the (very anti-gun) Giffords Law Center to Prevent Violence, which gave Maryland an A- for its gun control laws, placing it among a half-dozen states in America with unusually stringent firearm restrictions.

By all accounts, the 24-year-old Jacksonville suspect had a rather tumultuous past. As a minor he was at the center of a bitter divorce and custody battle between his parents, had boisterous arguments with his mother to which police repeatedly responded, and was subject to inpatient mental health treatment. Yet his background still appears not to have triggered an automatic disqualification under Maryland’s expansive list of categorical prohibitions for firearm ownership, several of which were passed in the aftermath of the notorious 2012 shooting in Newtown, Connecticut.

To its credit, the article cites two academics, one a well-known gun control advocate, who nevertheless argue that while these circumstances might seem like obvious red flags in retrospect, they would not have been clear signs of a violent disposition before the fact. “[I]f we rolled back the clock and you showed me his background, would I say he’d commit a mass shooting?” asked one rhetorically. “I wouldn’t.” The other said that lashing out after anger and disappointment (the suspect is said to have targeted opponents after being eliminated from a gaming competition) isn’t unique to people with mental disorders. Rather, it’s “unique to being human.” The suspect in the Jacksonville case also lacked a significant history of violence, which “gun policy experts” identify as the best predictor of future violence, according to the article.

The article goes on to conclude that “[p]robably none of today’s gun control measures would have kept a firearm from [the suspect].” This includes Maryland’s recently passed “Extreme Risk Protective Order Law,” which takes effect October 1. This is because the suspect’s “mental health troubles appeared to have been largely in the past, and there were no signs of violence in recent years.”

Still, the Giffords Law Center insisted in public statements that “Congress knows the steps they can take to stop this madness.”

A Giffords lawyer explained: "If Maryland allowed law enforcement discretion when issuing handgun licenses, they might have been able to prevent this individual from buying a handgun based on his psychiatric record if they believed that he would not be someone who would use a gun safely."

Yet she contradicted herself by adding that most mass shooters are not mentally ill and that “[m]ost mentally ill people are not only not violent or a threat, but they’re statistically more likely to be victims of violent crime.”

Why a licensing official should therefore deny an applicant on the basis of a nonviolent mental health history was not made clear. Indeed, it seems the gist of the Giffords lawyer’s comments was that irrational prejudice against the mentally ill is unjustified and harmful, but licensing officials should still have discretion to deny applicants on that basis.

Close followers of Second Amendment topics know that discretionary issuance of licenses to carry firearms in public remains one of the most hotly contested issues in the field, with judicial circuits split on the degree to which this is constitutionally permissible. Yet even the adverse decisions indicate that discretionary issuance of licenses for acquisition and possession within the home would face a significantly higher bar in the courts.

Nevertheless, while Extreme Risk Protection Order laws might be the darling of gun control advocates today, that concept merely tees up tomorrow’s demand that bureaucrats have an unfettered case-by-case veto over firearm purchases in the first place. And this discretion should apparently extend, according to at least one Giffords attorney, to denials based on irrational bias or fear of misunderstood groups.

Under that theory, what becomes obsolete is constitutional due process and your Second Amendment rights. Which, if you’re a gun control advocate, is all according to plan. 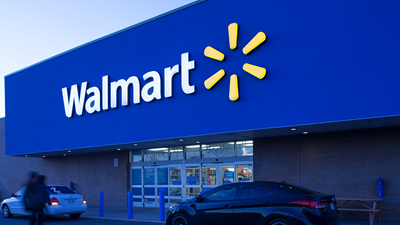