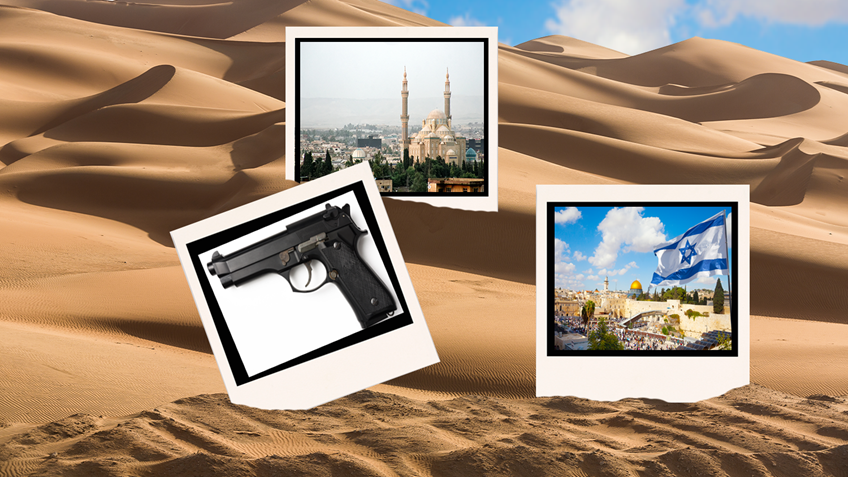 A pair of Middle East countries are reexamining their approaches to gun control. Earlier this month, Israel moved forward with its previously announced plans to make firearms more widely available to the civilian population. In nearby Iraq, the government has shifted policy to allow for Iraqi civilians to legally acquire firearms for self-defense.

Last month, Israeli newspaper Haaretz reported that the Ministry of Public Security was examining plans to relax the country’s may-issue firearms licensing procedure in order to combat the threat of terrorist violence. The announcement followed measures taken in 2015 that opened the nation’s restrictive licensing scheme to more active and reserve officers in the Israeli Defense Force. At the end of 2015, there were 264,679 firearms licenses for Israel’s 8.5 million people; 143,943 of the total were private firearms licenses, while security guards accounted for the other 120,736.

On August 12, the Ministry of Public Security published changes to the regulations governing firearms license eligibility. The move took effect on August 20 and expanded the categories of those eligible to obtain a license to those who have a completed a certain level of infantry combat training and a wider number of IDF officers. A report from Agence France-Press and a government press release made clear that some volunteers with the Israel Police and other public safety personnel will also be eligible.

Along with the new regulations, the Ministry of Public Security has made it easier for eligible Israelis to navigate the licensing process. The government has posted a video explaining the licensing procedure on YouTube and has developed an easy-to-use web application to help citizens determine their eligibility.

According to the AFP item, the changes mean that an additional 600,000 Israeli are qualified to obtain a license. However, an official from the Ministry of Public Security estimated that about 35,000 Israelis will take advantage of the new rules.

Recognizing the security benefits of an armed citizenry, Minister of Public Security Gilad Erdan explained that the changes to the licensing regime could help to stop “lone wolf attacks.” Elaborating on the topic, Erdan was reported by AFP as stating, “Many civilians saved lives during attacks and, in an age of 'lone-wolf terror', the more trained civilians carrying arms, the higher the chances of thwarting attacks and minimizing casualties.” Some in law enforcement have also expressed their support for the reforms.

Over various points in its 70 year history, Israel has encouraged or restricted civilian firearm ownership based on the perceived threat of terrorist violence.

Firearms were ubiquitous in the country’s early years. A September 1970 American Rifleman article by Jac Weller - who had just toured the country - described Israel as “A Nation of Armed Citizens.” A 1978 item from the Los Angeles Times noted that Israel “bristles with weapons.” A 1981 New York Times article explained that in Israel firearms are “plentiful,” and that “to pistol-packing Israelis, a gun is a patriotic badge.” The Times item ran with a photograph of an Israeli citizen carrying a holstered revolver as he picnicked at a public park

In 1993, Israeli Police Commissioner Yaacov Terner urged citizens to go armed in order to defend their communities. According to a Washington Post item from March of that year, Terner told his countrymen, “The more there will be seen a greater amount of weapons in the field the more the feeling of security among the public will go up.” His comments were echoed by Tel Aviv Police Commander Assaf Chefets, who remarked, “There is no place like Israel with so many people who have undergone military training and have weapons, that are able to react to a knife attack, or even a more serious attack. ... The public is the target of the terrorist attacks, and it is upon them to supply the appropriate answers.”

Following the 1995 assassination of Prime Minister Yitzhak Rabin, the Israeli government curtailed the eligibility for firearms licenses. The Ministry of Public Security summarized the changes as limiting firearms licenses to:

In 1999, access to firearm licenses was further restricted by the development of more stringent training criteria.

The Ministry of Public Security noted in 2012 that “As a result of all the reforms and changes, the number of people carrying firearms has gone down significantly.” This is apparent when comparing the 2015 licensing figures with Police Commissioner Terner’s published estimate of 300,000 licensed civilian gun owners in 1993.

However, even after these restrictions, at various points in the last two decades Israel had called upon its citizenry to carry arms for the common defense. Aside from the changes in 2015 and 2018, in 2002 the Washington Times reported that government authorities made 60,000 additional permits available during an outbreak of violence.

As for Iraq, citizens of that turbulent nation also have new options for self-defense. This week, Reuters reported that a recent change in government policy “allows citizens to own and carry handguns, semi-automatic rifles and other assault weapons after obtaining official authorisation and an identity card that also details the individual’s weapons.” Prior to the change, “gun sales were restricted to firearms for hunting and sport.”

Of course, a lack of legal avenues for gun ownership did not mean that the volatile country’s population was previously unarmed. Faced with anarchic violence in the wake of the Iraq War, average Iraqis armed themselves through various extralegal means. A December 2006 New York Times article by C.J. Chivers documented the country’s flourishing black market gun trade. Reporting from Sulaimaniya, Chivers wrote, “The weapons are easy to find, resting among others in the semihidden street markets here, where weapons are sold in tea houses, the back rooms of grocery kiosks, cosmetics stores and rug shops, or from the trunks of cars.”

Speaking with Reuters about the new firearms policy, Baghdad gun shop owner Hamza Maher explained, “The reason for buying is self-defence, and it’s safer for citizens to buy a weapon from an authorised store instead of from an unknown source.” Maher went on to say that he believes the new rules will decrease crime, telling the news outlet, “The criminal who plans to attack others will understand that he will pay heavy price.”

Another encouraging sign? In a part of the world not typically celebrated for its progressive tendencies, it appears – at least anecdotally - that women are increasingly interested in armed self-defense. Maher noted, “Customers are mainly men, but the number of women buyers is growing.” 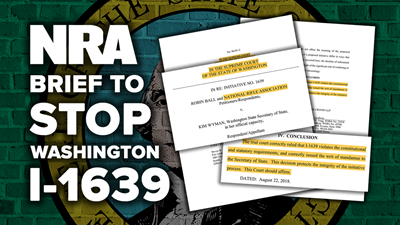