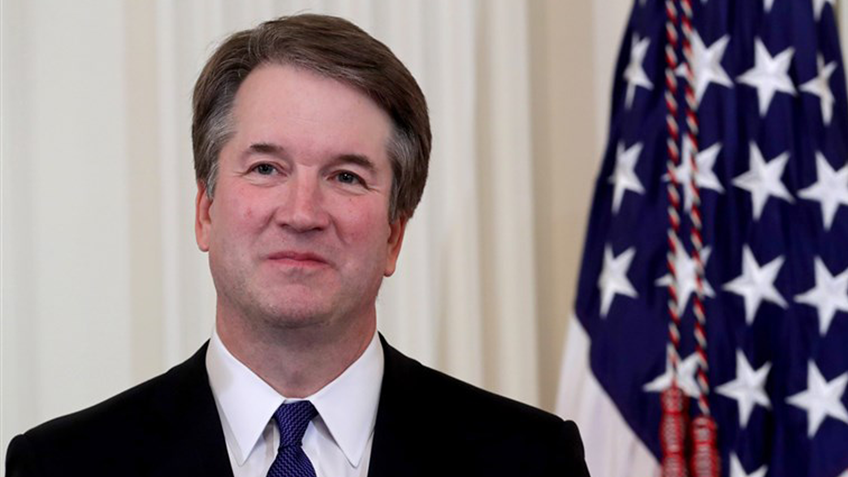 The bulk of Judge Kavanaugh’s record on the Second Amendment comes from his 2011 dissent in Heller v. District of Columbia, or Heller II. The case concerned a challenge to Washington, D.C.’s ban on commonly-owned semi-automatic rifles and the city’s onerous firearms registration regime.

Under much constitutional precedence, courts are tasked with interpreting a law’s impact on a given right by using a system of tiered balancing tests, where they weigh the government’s interest against the right at stake. Fundamental rights are tested under a strict scrutiny standard, whereby the government has the burden of showing that a given restriction serves a compelling government interest and is the least restrictive means to further that interest. Lesser infringements are tested using intermediate scrutiny, which requires a restriction to serve an important government interest and that the means of doing so are substantially related to the interest. All laws are subject to the rational basis test, whereby a given restriction must be at least rationally related to a legitimate government purpose.

Many gun rights advocates have argued that, as a fundamental right, laws that infringe upon the Second Amendment right should be subject to strict scrutiny analysis. In practice, courts have used these balancing tests with little consistency and in a manner that frustrates the precedent set in Heller.

In Heller, Justice Scalia did not contemplate an interest balancing test for interpreting whether a restriction violated the Second Amendment. Rather, he made clear that bans on firearms “in common use” were impermissible and that some “longstanding” restrictions were acceptable.

In his 52-page Heller II dissent, Judge Kavanaugh recognized that Heller demanded that courts “assess gun bans and regulations based on text, history, and tradition, not by a balancing test such as strict or intermediate scrutiny.” Further explaining the method of analysis prescribed in Heller, Judge Kavanaugh quoted Justice Scalia’s concurrence in McDonald v. Chicago, writing,

it is that the Heller test will be more determinate and “much less subjective” because “it depends upon a body of evidence susceptible of reasoned analysis rather than a variety of vague ethicopolitical First Principles whose combined conclusion can be found to point in any direction the judges favor.”

Through this framework, while also adhering to Heller’s command about firearms “in common use,” Judge Kavanaugh determined that D.C’s ban on commonly-owned semi-automatic rifles was unconstitutional. Judge Kavanaugh explained,

In disapproving D.C.’s ban on handguns, in approving a ban on machine guns, and in approving longstanding regulations such as concealed-carry and felon-in-possession laws, Heller established that the scope of the Second Amendment right – and thus the constitutionality of gun bans and regulations – is determined by reference to text, history, and tradition.

Using this lens, the judge determined, “There is no basis in Heller for drawing a constitutional distinction between semi-automatic handguns and semiautomatic rifles,” and concluded,

Going further, Judge Kavanaugh also explained that if a court were to use a balancing test to analyze a firearm restriction, it should use strict scrutiny. Judge Kavanaugh determined that D.C.’s semi-automatic rifle ban would fail this test. The judge wrote,

Even if it were appropriate to apply some kind of balancing test or level of scrutiny to D.C.’s ban on semiautomatic rifles, the proper test would be strict scrutiny, as explained above…. D.C. cannot show a compelling interest in banning semi-automatic rifles because the necessary implication of the decision in Heller is that D.C. could not show a sufficiently compelling interest to justify its banning semi-automatic handguns.

The ACLU Wants To Do What The NRA Does: Get People To Vote