Today, the New Jersey Senate passed a package of gun bills which had been previously adopted by the Assembly.  Two of the bills had to be returned to the Assembly for concurrence, and that was quickly done.  These bills were passed despite overwhelming opposition from New Jersey gun owners.  Again, this legislation will have virtually no impact on public safety and do little more than punish law-abiding gun owners.

S.102 by Sen. Loretta Weinberg (D) which reduces the minimum magazine capacity restriction from 15 to 10 rounds.  The 15-round limit has had no demonstrated effectiveness on improving public safety and it puts law-abiding gun owners at a definite disadvantage in self-defense situations.  There is a reason law enforcement is exempted.  Criminals do not follow magazine capacity restrictions.  A weak grandfathering provision has been adopted whereby gun owners can keep their magazines if they are permanently blocked and the firearm is registered.  The bill passed the Senate on a vote of 23 to 13.

S.160/A.1181 would allow for suspension of gun rights by unaccountable “health professionals.” This bill goes so far as to allow marriage counselors, social workers and nurses to cause suspension of your legal rights.  The bill passed the Senate on a vote of 30 to 5.

S.2376/A.2758 codifies New Jersey’s “justifiable need” standard for the issuance of concealed carry permits. The bill is a striking blow to the basic fundamental right to self-defense outside the home. It creates a standard so onerous that nobody can meet it, hence the issuance of permits in New Jersey is close to non-existent.  The bill passed the Senate on a vote of 24 to 13.

S.2374/A.2757 would require background checks on all firearm transfers. Again, this is redundant because all transactions in New Jersey require a background check. The private transfer of long guns requires an FID card and the issuance of that card requires fingerprinting, a background check and references, among other things. This bill does nothing except add another layer of bureaucracy and fees to an already cumbersome and duplicative process.  The bill passed the Senate on a vote of 31 to 3.

S.2259/A.1217 creates extreme risk protection orders whereby firearms can be seized and constitutional rights suspended with little to no due process. The bill fails to penalize those who fabricate accusations, and it does nothing to improve public safety.  The bill passed the Senate on a vote of 32 to 5.

Thank you to all the NRA members who contacted their legislators.  We will continue to provide more details and analysis of these measures as some of them were amended.  The bills still need to be signed by Gov. Phil Murphy, and some of these bills are almost guaranteed to result in litigation.  Gov. Murphy is expected to sign all of the bills, but it’s important that you contact the Governor and voice your strong opposition.  Silence will only invite more bad legislation. Again, please contact Governor Phil Murphy at 609-292-6000 and strongly urge him to veto all of the above gun control measures. 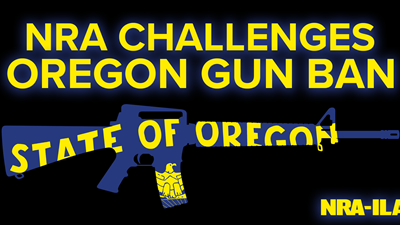