All the “News” That Fits Our Agenda

In the 1890s, under the leadership of new owner Adolph Ochs, The New York Times began using the slogan “All the News That’s Fit to Print.” That phrase may have been intended to convey the impression that stories in the Times were carefully vetted, honest, and free of bias.  The slogan was emblazoned upon the masthead of his paper, where it still resides. You see, Ochs detested the sensationalist reporting common at the time that was designed to sell newspapers using highly charged, emotional headlines. Fast-forward to this century, though, and we find that things haven’t really changed that much with the media.

Today, sensationalist headlines regularly announce poorly-researched (if at all) stories emanating from anti-gun legacy media outlets, especially when those stories involve NRA. This week was no different.

When NRA-ILA announced last week that Vice President Mike Pence would be attending the 2018 NRA-ILA Leadership Forum at the NRA Annual Meetings in Dallas, the online form to obtain tickets was updated to state:

Due to the attendance of the Vice President of the United States, the U.S. Secret Service will be responsible for event security at the NRA-ILA Leadership Forum. As a result, firearms and firearm accessories, knives or weapons of any kind will be prohibited in the forum prior to and during his attendance. We will be posting a longer list of prohibited items in the near future.

This week, President Donald Trump announced his plan to address the crowd as well.

Of course, the security measures described above are standard operating procedures when it comes to events that include the attendance of someone whom the Secret Service is charged with protecting. But this seems to be news to some in the media.

On Monday, headlines began to appear that implied, and in at least one case falsely stated, the NRA had decided to implement a no-guns policy for those who wanted to see President Trump and Vice President Pence address some of their most ardent supporters.

AP has deleted a tweet that incorrectly said the NRA had banned guns during Trump and Pence speeches at its annual meeting. The ban was put in place by the Secret Service. A corrected tweet is coming.

While it’s refreshing to see AP admit it was wrong for posting something without doing any sort of verification, its current headline on this story remains somewhat misleading, stating, “No guns allowed at NRA convention when Trump, Pence speak.”

But the deception didn’t end at AP.  The Washington Post ran a story with a headline that included the statement, “The NRA said guns will be banned during a Pence speech.”

While not many consider the Huffington Post an actual news outlet, one would hope it could do even a little research before posting a headline that includes the claim, “NRA Convention Bans Guns To Protect Mike Pence.”

So why not have more accuracy in the headlines? A cynic might say that the lack of clarity is intentional and designed by some members of the media to generate the controversy. And to a certain extent, there is some controversy.

Most of the “controversy,” however, comes from the anti-gun community, after it was spoon-fed its latest dose of invented outrage. NRA has been charged by anti-gun activists with being “hypocritical” because of the “No Guns” policy. Apparently, they either remain falsely convinced that NRA established the policy, or think we have the ability to override Secret Service security protocol. The truth, of course, is much simpler but doesn’t provide a click-baiting headline.

It’s clear that many in the media have rejected any attempt to assess the factual “fitness” of their reporting and have instead taken a new approach. When it comes to NRA, that approach is “All the ‘News’ That Fits Our Agenda.” 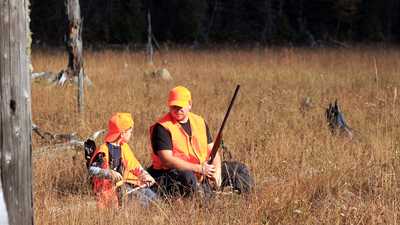