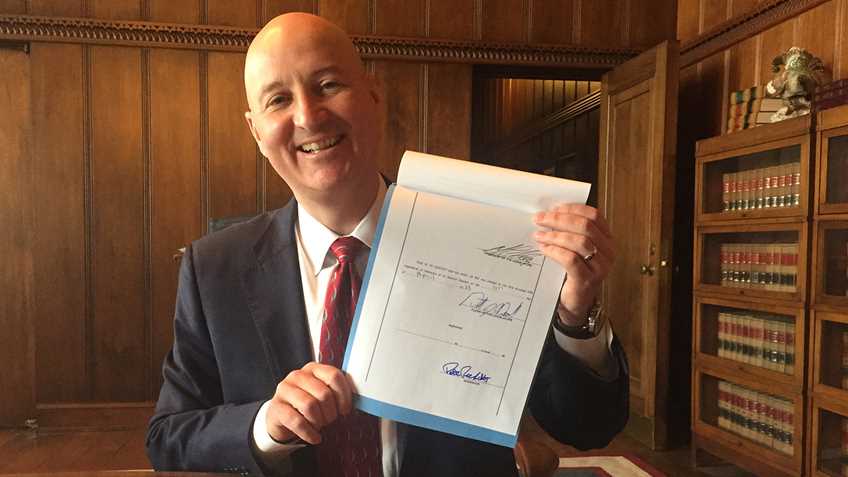 The Nebraska State Patrol issues Concealed Handgun Permits and is required by law to keep those records confidential. However, a loophole in the state’s confidentiality law allowed unscrupulous media outlets and others access to related firearms records. LB 902 closes that loophole.

“This new law gives Nebraska’s law-abiding gun owners peace of mind knowing that gun control extremists won’t have access to their personal information,” said Chris W. Cox, executive director of the NRA’s Institute for Legislative Action. “Not too long ago, a newspaper in suburban New York published the names and home addresses of that community’s handgun permit holders on an interactive online map. This is the kind of sleaze the NRA is seeking to prevent in Nebraska.”

In addition to releasing the confidential, personally identifying information of law-abiding permit holders who simply wish to protect themselves, this information, if publicly released, would likely include the names and addresses of current and former law enforcement, judges, undercover officers, private investigators, victims of domestic violence and individuals with no-contact order or orders of protection.

“On behalf of Nebraska’s gun owners, I want to thank Gov. Ricketts and Sen. Bruce Bostelman for their leadership on this critical issue,” concluded Cox. “Both men have been steadfast in their support of the rights of Nebraska’s law-abiding gun owners.”