So They’re Not Coming for Our Guns, Eh? We call BS. 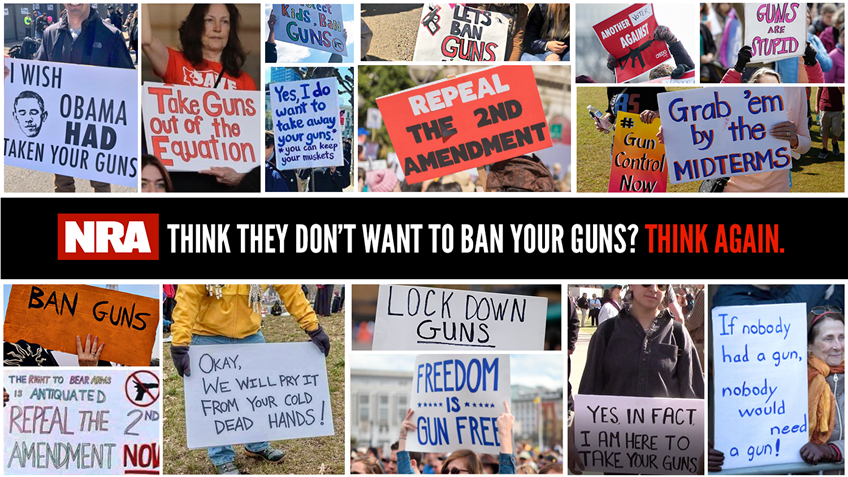 Why do we even have a Second Amendment?

Because British tyrants came for the Founders’ guns, and the Founders knew, given the chance, overreaching officials in the U.S. would do the same thing.

Now, some believe that chance has finally come.

In the wake of the terrible crimes in Parkland, Florida, gun control activists and progressive social justice warriors have found their scapegoats in the National Rifle Association and its five million members. And as they always do when they feel emboldened, they are revealing the true agenda they usually try to downplay to the American public in less emotionally-charged times.

One media outlet after another has praised the activism and passion of those who marched for gun control last Saturday. We must listen to them, we are told.

Okay, in that spirit, here is just a sampling of the marchers’ own words.

Some of the lines that drew the biggest applause and cheering from the crowd during the speeches at the march included the following:

“I have a dream that enough is enough. And that this should be a gun-free world. Period!”

And no wonder the crowd cheered. The placards they carried in D.C. and elsewhere expressed similarly extreme sentiments and vicious ill-will toward those who disagree with their prohibitory agenda. Some were also of questionable suitability for a supposedly youth-themed march.

Meanwhile signs using the universal circle and slash of prohibition targeted handguns, rifles, and the NRA itself.

Okay, so the protestors want to ban guns, they hate the NRA, and many enjoy profanity.

Trust us, we get the message.

And so did none other than former Supreme Court Justice John Paul Stevens, the very man who was one vote away from writing the individual right to keep and bear arms out of the Bill of Rights forever with his dissenting opinion in District of Columbia v. Heller. Addressing the protestors in a New York Times editorial, he encouraged them to “demand a repeal of the Second Amendment.” It would, he wrote, move them “closer to their objective than any other possible reform.”

At that point, however, the gun control apparatus realized it had overplayed its hand. Adults that only the week before had been insisting that all of America must listen to the gun control wisdom of the protesting youth suddenly began trying to steer their message back to a politically safe space.

“[N]o one calling for a 2A repeal,” insisted anti-gun media personality Chris Cuomo in a tweet the day after the Stevens editorial was published. “[S]top with the bogeymen.”

Yeah, echoed law professor and gun control advocate Adam Winkler, “There’s not a snowflakes chance in hell we are going to repeal the Second Amendment … . ” But then he added, “anytime soon.”

Politifact – the progressive advocacy organization posing as a “fact checker” – also tried to contain the damage. It handed out a “pants on fire” rating to the claim that legislation already pending in Congress which would expansively ban semi-automatic firearms does in fact prove “they are coming to take away our guns.”

Politifact, however, created a strawman by insisting, “Gun owners would not be required to give up any of their guns as long as they were legally purchased before the ban.”

But their analysis ignored the fact that many of America’s most popular firearms would no longer be available under the legislation, that parts for the banned firearms would also be banned, and that places which have enacted similar bans have repeatedly reneged on the original grandfather provisions. The pending legislation is also significantly broader than the federal “assault weapons” ban that was in effect from 1994 to 2004, displaying an obvious tendency toward gun control mission creep.

So who are you going to believe? The protestors themselves, history, and your lying eyes?

Or are you going to believe the media damage control?

We know how we would answer that question. And we think the Founders would agree. 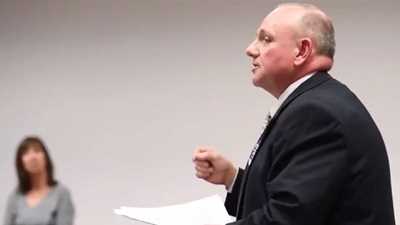