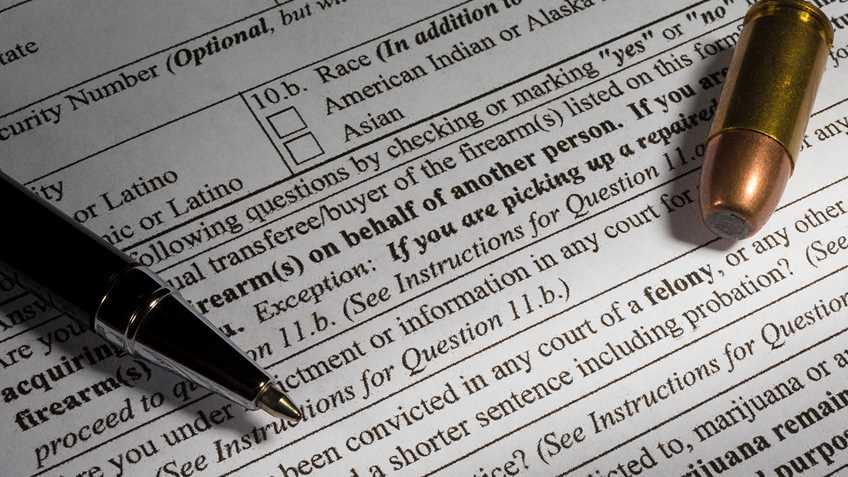 On Monday, U.S. Rep. Debbie Wasserman Schultz (D-FL) introduced the Ammunition Background Check Act of 2018. Wasserman Schultz claimed the act would close an “absurd loophole” by “requiring all buyers of ammunition” to undergo the same sort of background checks that currently apply to the purchase of a firearm from a licensed dealer. While the text of the bill has yet to be publicly released, the description provided on Wasserman Schultz’s website indicates it would apply to both dealer and private sales.

Far from being a “loophole,” however, the absence of a federal ammunition background check reflects the fact that point-of-sale record keeping for ammunition purchases has already been tried, tested, and discarded as a failure. The Gun Control Act of 1968 originally required ammunition dealers to be licensed and to record ammunition sales, similar to the requirements that continue to pertain to sales of firearms by licensed dealers. In 1982, .22 caliber rimfire ammunition was exempted from the federal record keeping requirements, followed in 1986 by the repeal of both the licensing and record keeping requirements as they pertained to ammunition dealers. An official from the ATF testifying on the 1986 bill characterized the proposed repeal as a “positive” development, noting that the then-existing requirements had “no substantial law enforcement value” and that “their elimination would remove an unnecessary recordkeeping burden from licensees.”

Needless to say, federally prohibited persons experience little difficulty defeating current background checks requirements for firearms through theft, illegal purchases on the secondary market, borrowing firearms from criminal associates, and the use of straw purchasers. Firearms must bear mandatory markings and unique serial numbers, however, which at least allow investigators to trace them back to the original retail purchaser to generate leads that may help explain how guns came to be diverted to criminal use.

Requiring similar markings for every round of ammunition sold, however, would be prohibitively expensive, if not altogether impractical. And without such markings, ammunition would be virtually impossible to account for after the first retail sale. This helps explain why the original record-keeping requirements were considered useless and why re-imposing ammunition controls would be a waste of time.

Simply put, criminals could and would violate the requirements easily and with impunity. Meanwhile law-abiding dealers and purchasers would be saddled with gratuitous paperwork and all the problems inherent in the current background check system, including delays, false positives, and the laborious and lengthy process of correcting erroneous or incomplete information. The Act would also effectively ban direct online ammunition sales, the most affordable option for those who use large amounts of ammunition in training and competitive shooting. The bill might also make sharing or borrowing ammunition at a range or on a hunt effectively illegal.

No doubt, the “designed to fail” nature of the scheme would only tee up calls to close further “loopholes,” including calls to encode or serialize every round of ammunition that goes to market and to impose registries and caps on ammunition purchases. It would also likely re-impose dealer licensing for ammunition sellers, with all the expense and ATF bureaucracy that entails.

Ammunition background checks are such a bad idea, in fact, that even the most antigun jurisdictions have generally avoided them. One Northeastern state enacted a law to require them, to much fanfare, but then quietly abandoned the effort without ever actually implementing the requirements. Out West, another state is in the midst of trying to figure out how to implement its own recently-enacted law, with absurdities such as mandatory fingerprinting of non-residents seeking to buy ammunition while visiting the state.

Showing ignorance not just of the subject matter of her bill but also of the Bill of Rights, Wasserman Schultz insisted at a press conference, “You do not have the right to bear bullets.” This erroneous assertion is in keeping with a growing antipathy toward the Second Amendment among many members of the party for which she was formerly National Committee chairwoman, 39% of whom favor the amendment’s repeal.  It also aligns Wasserman Schultz with Hillary Clinton, the party’s defeated 2016 presidential nominee, who infamously claimed “the Supreme Court is wrong on the Second Amendment.” Wasserman Schultz, of course, resigned from her chairwoman post in disgrace when emails made public by Wikileaks showed that she used the Democratic Party apparatus to conspire against Bernie Sanders and in favor of Hillary Clinton during the presidential primaries.

Little surprise Wasserman Schultz now seeks redemption among her party peers through the introduction of opportunistic and ill-considered gun control legislation. Her backward-looking bill, however, would only burden legitimate firearm-related commerce while doing nothing to hinder criminals.

California: Legislature Returns from Spring Recess; Firearm Bills to be Heard in Committee