At times, the biased media are so eager for a certain result they seem determined to conjure it into existence. For example, journalists and commentators spent much of 2016 declaring an end to Donald Trump’s candidacy for president. Similarly, at various points in the last five decades reporters have declared NRA’s demise. In 1993, Rolling Stone crowed that NRA was “on the run” and in 1996 excitedly asked “Is the end near for the NRA?” Those pronouncements proved so astute that the Washington Post and Bloomberg News were able to write similar assertions in 2016. Of late, these inept observers have busied themselves writing obituaries for the American gun industry.

According to these folks, firearms sales are in a “Trump slump.” The story goes, that with Trump in the White House, Americans are less fearful of new gun control than they were under President Barack Obama or at the prospect of a Hillary Clinton presidency. As a result, citizens are buying fewer firearms, secure in the knowledge that Trump will not make it harder for them to do so in the future.

There is a kernel of truth in this narrative. When threatened with further restrictions, Americans do ramp up their gun buying. In late 2012 and early 2013, as the Obama administration and other anti-gun politicians anti-gun senators like Dianne Feinstein (D-Calif.) pushed legislation to criminalize the private transfer of firearms and ban commonly-owned semi-automatics, gun sales exploded. The number of National Instant Criminal Background Check System checks (a rough indicator of gun sales) performed by the FBI in January 2013 was more than 1 million greater than the same month a year earlier. Faced with the prospect of another Clinton presidency, gun owners acted similarly. 2016 was a record year for gun sales, with 27.5 million NICS checks.

This can also be seen at the state level. The day Massachusetts Attorney General Maura Healey announced she had unilaterally reinterpreted state law to ban certain types of semi-automatic rifles, 2,531 semi-automatic rifles were sold in the state. According to the Massachusetts Executive Office of Public Safety, the previous record for a single day was 140. Starting with the California’s 1989 semi-auto ban, that state has experienced successive waves of gun control-induced buying. In 2017, California retailers reported a sharp increase in ammunition sales in anticipation of a new vendor licensing law and point-of-sale background checks on purchasers.

Given this history, it was reasonable to expect that in 2017 gun sales might come off of their record highs. However, to read the excited words of the mainstream press, Trump is a mortal threat to the firearms industry. According to CNN, “Trump is taking a toll on the gun industry.” The Nation contends, “gun sales are plummeting.” Fortune magazine claimed that there is a “massive gun sales decline.”

This isn’t the case. Despite the media’s fevered rhetoric, 2017 was second only to 2016 in the number of NICS checks conducted in a given year, with more than 25 million. The number of NICS checks for May and August 2017 set all-time records for those months. Moreover, November 24, 2017 (Black Friday) set a new single-day record for NICS checks, besting the previous record by more than 17 thousand.

If the press could expand their myopic worldview they would recognize that there is long-term upward trend in gun sales. Remember back in late 2008 and early 2009 when the media was lamenting a wave of “bitter clingers” purchasing guns in the wake of Obama’s victory? In 2009 the FBI conducted just over 14 million NICS checks, 10 million fewer than in 2017. As anti-gun politicians targeted gun owners in January 2013, the New York Times wailed, “Sales of Guns Soar in U.S. as Nation Weighs Tougher Limits.” Despite the record-breaking NICS numbers in 2013, that year’s total would be bested in three of the following four years.

Rather than pose a threat, Trump and his administration have taken vital steps to secure a vibrant future for the American firearms industry. Under Attorney General Jeff Sessions, the Justice Department has repudiated Operation Chokepoint, an Obama-era initiative that deterred banks from doing business with gun sellers. Interior Secretary Ryan Zinke has worked to preserve hunting opportunities and the use of traditional ammunition on public lands. Moreover, Trump’s pro-Second Amendment judicial nominees will help to ensure our rights are respected for generations to come.

The kind of shoddy reporting that has led to the recent gun sales stories might be why Americans’ trust in the mass media, as measured by Gallup, hit an all-time low in late 2016. One might be tempted to attribute that finding to a media “Trump slump,” were it not for the fact that trust in the press had already been declining for more than a decade.

New Jersey: Need A Ride To The Rally Next Week? 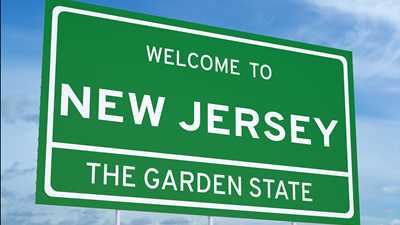