NRA: Zinke Fighting for Us 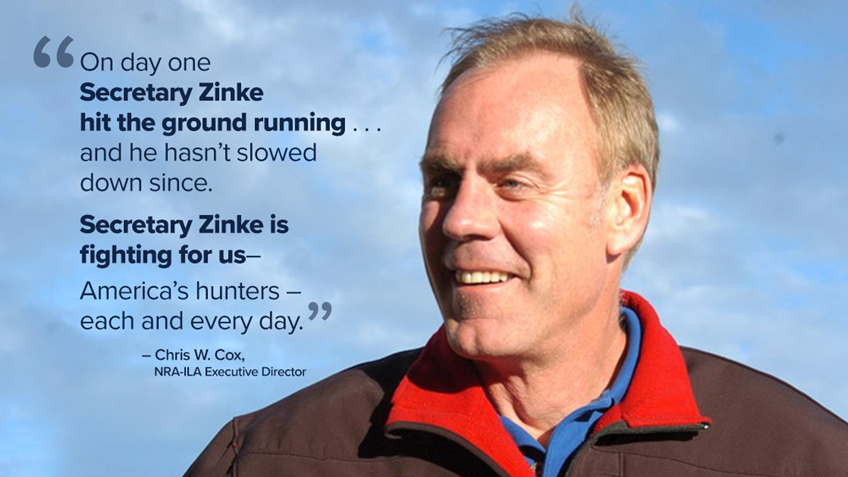 "On day one Secretary Zinke hit the ground running by lifting the last administration’s ban on traditional ammunition— and he hasn’t slowed down since.  He’s expanded hunting and fishing opportunities on federal lands, forged new efforts to encourage veteran hunting and fishing, and recently announced the department’s prioritization of big game corridors to improve wildlife habitat," said Chris W. Cox, NRA- ILA executive director. "Secretary Zinke is fighting for us – America’s hunters – each and every day.” ​

Secretary Ryan Zinke was confirmed by the U.S. Senate on March 1, 2017 and sworn in the same day as the 52nd Secretary of the Interior.  Since then he has taken numerous actions for hunters and shooters, including: