An appellate court judge in Wisconsin has ruled that lifetime loss of Second Amendment rights is not on par with the threat of deportation when it comes to a lawyer’s duty to advise clients of the secondary effects of a guilty plea. The case is State of Wisconsin v. Amanda L. Longley.

After a confrontation with her child’s father and the man’s girlfriend, 29-year-old Amanda Longley of Wisconsin pleaded guilty to two misdemeanor counts, one involving disorderly conduct and the other battery. She was sentenced to one year of probation.

Later, however, Longley discovered that her plea carried a much more enduring and serious consequence and one which her lawyer had neglected to warn her: a permanent loss of Second Amendment rights.  This is because her conviction triggered a federal law that bans firearm possession by those convicted of a so-called “misdemeanor crime of domestic violence.”

After learning of her prohibited status, Longley asked the court for permission to withdraw her guilty plea, noting she would have not have pled guilty had she known she would thereafter be disqualified from firearm possession. She acknowledged that the Wisconsin Supreme Court had denied a similar request in a 1999 case but argued developments since then allowed the appellate court to reconsider that decision.

Specifically, Longely cited a 2010 U.S. Supreme Court case, Padilla v. Kentucky. There, the court allowed a Honduran citizen to challenge his conviction for “the transportation of a large amount of marijuana in his tractor-trailer” because his lawyer failed to warn him that pleading guilty to drug distribution could result in deportation. This, according to the Supreme Court, deprived Padilla of his Sixth Amendment right to effective assistance of counsel. In the view of Judge Paul Lundsten, who wrote the opinion in the Longley case, an American citizen’s Second Amendment rights cannot be compared to a foreign national’s interest in avoiding deportation when it comes to consequences a constitutionally effective lawyer must mention in relation to a plea.

In doing so, the Supreme Court departed from case law in the lower courts that held lawyers do not have to advise clients of “collateral consequences” of convictions that are not considered punishment for the conviction itself (i.e., part of the sentence imposed by the court of conviction). “[C]hanges in our immigration law have made removal nearly an automatic result for a broad class of noncitizen offenders,” the court wrote. “Thus, we find it ‘most difficult’ to divorce the penalty from the conviction in the deportation context.”

If anything, the effect of the federal law that applies to Longley’s case is even more iron-clad. If a state misdemeanor conviction meets certain requirements specified in federal law, the person is automatically banned for life from firearm possession. It doesn’t matter what sentence is actually imposed by the court of conviction or that court’s view of the severity of the offense. The person has no right to directly appeal the federal firearms ban, moreover, and few – if any – ways of regaining his or her lost rights.

Although the Wisconsin court’s opinion does not specifically mention it, another important development bearing on the case is the U.S. Supreme Court’s 21st Century decisions on the Second Amendment, which affirm that it is a fundamental, individual right. Normally, this would mean that it could not be easily dismissed by the lower courts.

Of course, there’s nothing normal about the disdain with which many courts treat the right to keep and bear arms, especially as compared to other constitutional rights – many of which are found nowhere in the text of the Constitution itself – that some judges hold particularly dear.

In the view of Judge Paul Lundsten, who wrote the opinion in the Longley case, an American citizen’s Second Amendment rights cannot be compared to a foreign national’s interest in avoiding deportation when it comes to consequences a constitutionally effective lawyer must mention in relation to a plea. Citing the “unique” nature of deportation, Judge Lundsten dismissed the idea that the same rationale applied to loss of Second Amendment rights. Courts are not “now generally free, let alone required, to apply [the Padilla case’s] factors to expand counsel’s duties as to all manner of collateral consequences,” he wrote.

Other than the right to keep and bear arms, we don’t know of any other fundamental civil liberty that can be permanently forfeited for a mere misdemeanor conviction. The predicament that Longley faces is “unique” in its own right; recognizing a lawyer’s duty to warn of it would not open the floodgates to imposing unrealistic expectations on defense attorneys’ professional responsibilities.

That the courts don’t see it that way, however, says more about their own priorities than the importance of the interests at stake. 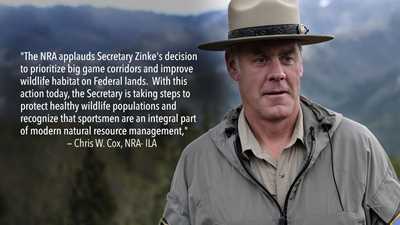