On Monday, January 15, most of the overreaching gun control agenda of Governor Ralph Northam and other anti-gun groups failed to move forward out of the Senate Courts of Justice committee.  The proposals voted down included “universal” background checks, magazine capacity limits, penalties on reporting lost and stolen firearms, legislation allowing localities to create a patchwork of carry prohibitions throughout Virginia, among other bills that violate your Second Amendments rights and right to due process.

The following anti-gun bills failed to move forward out of the Senate Courts Committee:

Senate Bill 5 - Requires a background check for any firearm transfer and requires the Department of State Police to establish a process for transferors to obtain such a check from licensed firearms dealers.  A transferor who fails to obtain a required background check and sells the firearm to another person is guilty of a Class 1 misdemeanor. (Includes SB145, SB412, SB432, and SB447)

Senate Bill 119 - Requires a person who lawfully possesses a firearm to report the loss or theft of the firearm to any local law-enforcement agency or the Department of State Police within 24 hours after such person discovers the loss or theft or is informed by a person with personal knowledge of the loss or theft.  The bill requires the relevant law-enforcement agency to enter the report information into the National Crime Information Center (NCIC).  A violation is punishable by a civil penalty of $50 for a first offense and not less than $100 or more than $250 for any subsequent offense.  (Includes SB288 and SB 433)

Senate Bill 276 - Without any due process of the law, SB 276 creates a procedure by which an attorney for the Commonwealth or law-enforcement officer may apply to a circuit court judge for a warrant to remove firearms from a person who allegedly poses a substantial risk of injury to himself or others.

Senate Bill 63 - Allows a locality to adopt an ordinance that prohibits the possession or transportation of firearms, ammunition, or components or a combination thereof, during a demonstration, march, parade, protest, rally, or other similar event. (Includes SB 360)

Senate Bill 665 - Adds the County of Albemarle and the City of Charlottesville to the list of localities in which it is unlawful for a person to carry certain firearms in public places.

Unfortunately, Senate Bill 1 was approved yesterday and will now move to the Senate Finance Committee.  Your NRA-ILA will notify you when it is scheduled for a hearing.  Senate Bill 1 would make it a crime to knowingly possess a “trigger activator” that is designed or functions to accelerate the rate of fire of a semi-automatic firearm.  The broad and overreaching provisions in SB 1 could potentially criminalize firearm modifications such as competition triggers, and ergonomic changes that are commonly done by law-abiding gun owners to make their firearms more suitable for self-defense, competition, hunting, or even overcoming disability.

Tomorrow, the Senate Courts of Justice Committee is scheduled to hear multiple gun control bills, including:

Senate Bill 385 - Prohibits any person who is not a licensed firearms dealer from purchasing more than one handgun in a 30-day period and establishes such an offense as a Class 1 misdemeanor.  Law-abiding individuals who can legally purchase a firearm should not be arbitrarily banned from exercising their Second Amendment rights for any amount of time.

Senate Bill 79 – Prohibits law-abiding individuals from being able to carry a firearm for self-defense at any public, private, or religious preschools and child day centers that are not operated at the residence of the provider or of any of the children.

Senate Bill 653 - Prohibits law-abiding individuals from being able to carry a firearm for self-defense at a place of religious worship, while a meeting for religious purposes is being held, unless given express authorization by such place of worship. 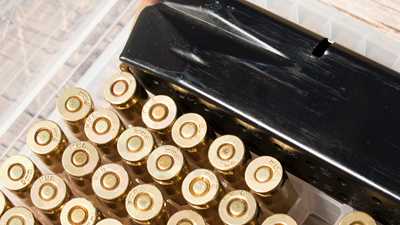 Virginia: Senate Committee to Hear Round #2 of Anti-Gun Bills TODAY