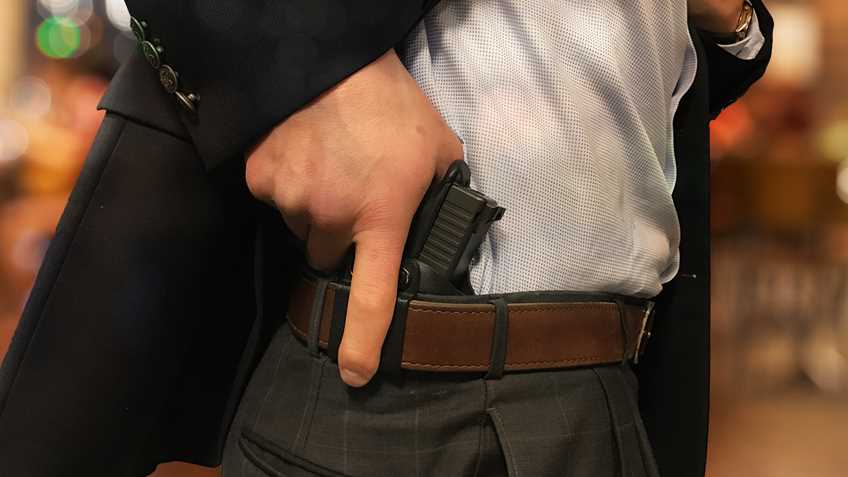 Fairfax, Va.—The National Rifle Association applauded the United States House of Representatives on Wednesday for passing the most far-reaching expansion of self-defense rights in modern American history. The Concealed Carry Reciprocity Act of 2017 passed with bipartisan support in a 231-198 vote.

“This vote marks a watershed moment for Second Amendment rights,” said Chris W. Cox, executive director, National Rifle Association Institute for Legislative Action. “The Concealed Carry Reciprocity Act is the culmination of a 30-year movement recognizing the right of all law-abiding Americans to defend themselves, and their loved ones, including when they cross state lines.”

The bill, H.R. 38, ensures that those Americans who can legally carry a concealed firearm in one state will legally be able to do so in every other state. It eliminates the confusing patchwork of state laws that have ensnared otherwise law-abiding gun owners, and have forced law enforcement to waste their precious time and resources enforcing laws that don’t do anything to reduce violent crime.

The bill also makes improvements to the National Instant Criminal Background Check System, NICS. All Americans, including law-abiding gun owners, agree that violent criminals should not have legal access to firearms. However, the system is only as good as its records, and recent events have shown that sometimes the correct information is not entered into the system. This bill incentivizes states and government agencies to update the NICS with legitimate records of prohibited persons.

Additionally, the bill creates an expedited process for removing records that are erroneously put in the system. Currently, when a person discovers they have been wrongly added to the NICS, it can take up to a year to get their name removed. This bill requires a response to an appeal within 60 days.

“This bill ensures that all law-abiding citizens in our great country can protect themselves in the manner they see fit without accidentally running afoul of the law.  We now call on the Senate to take up and pass this critical legislation,” Cox concluded.