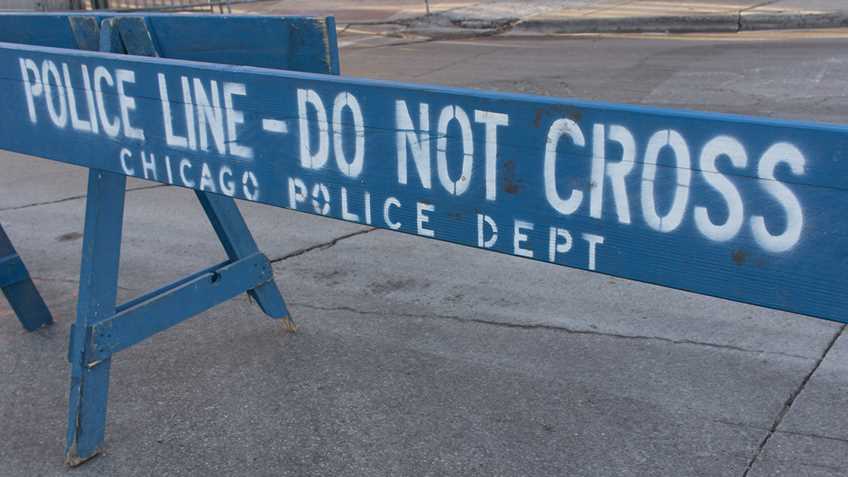 This week brought more proof that Chicago’s feckless public officials have perfected the art of scapegoating. On Sunday, the city released the second edition of its Gun Trace Report. The document presents a host of ATF trace data on firearms recovered in the crime-plagued metropolis and attempts to shift blame for the city’s violence to the Illinois General Assembly, the state legislatures of neighboring and far-flung states, federally licensed firearms dealers, and the U.S. Congress. Lacking any introspection, the report fails to acknowledge any role the city might bear for its current predicament.

At the outset, the report asserts that in relation to crime perpetrated with firearms, “Chicago is in many ways a microcosm of a national epidemic.” This is not true. In 2016, Chicago’s murder rate was more than five times the national average. Moreover, Chicago’s murder problem is so acute that it drives statistical analysis of urban violence nationwide. Research from the NYU School of Law’s Brennan Center for Justice published in December 2016, noted, “The 2016 murder rate is projected to be 14 percent higher than last year in the 30 largest cities. Chicago is projected to account for 43.7 percent of the total increase in murders.”

Bizarrely, after calling the city a “microcosm” of a national gun problem, the report then contends that “Chicago faces a unique predicament in enforcement efforts against illegal gun trafficking. Illinois is surrounded by states that lack comprehensive firearms regulations…” First, trace data shows that Illinois is far and away the largest source state for guns recovered in Chicago; with double the number of firearms of the next highest source state. Second, without conceding to Chicago’s definition of “comprehensive,” the geographers at Chicago City Hall might be surprised to learn that California abuts pro-gun states Arizona and Nevada, while New York is adjacent to Vermont and Pennsylvania. Yet, Los Angeles and New York City’s murder rates are a fraction of the Windy City’s.

Despite their contention that out of state private firearms transfers fuel Chicago’s violent crime, a significant portion of the report targets federal licensed firearms dealers, who are required by federal law to conduct a background check prior to transferring a firearm. The report lists the top 10 gun dealers that firearms recovered in Chicago are traced to. Undermining the report’s contention that loose foreign gun laws are to blame for the city’s problems, “seven of the top ten source dealers are within Illinois.”

To remedy this situation, the report promotes the state-level dealer licensing requirements embodied in the Gun Dealer Licensing Act, which is currently making its way through the Illinois General Assembly. According to the report, “adding state and local law enforcement could greatly enhance regulatory enforcement over gun dealers” and the measure’s requirement to video record all business in a gun store will “deter straw purchasers.”

It is not clear how city officials expect this to reduce the illegal acquisition of firearms. Under current Illinois law, residents must acquire a Firearm Owners Identification Card in order to possess or purchase a firearm. Therefore, prospective straw purchasers must make their identities known to the state government and a dealer in order to purchase a firearm from a gun store. That sale is also documented in the dealer’s records, as required by federal law. A criminal already willing to be documented in this manner is unlikely concerned with how often a dealer’s books are audited for paperwork errors or the superfluous video recordation of his criminal acts. The chief effect of this dealer licensing legislation is to make the business of legally selling firearms prohibitively expensive.

The report also advocates for a state law restricting private transfers between FOID holders, and firearms registration. Missing from the report is any explanation of why those who would divert firearms into the criminal market, who have already displayed a willingness to expose themselves to severe state and federal criminal liability, would be deterred by these additional measures.

As ATF, NRA, and the National Shooting Sports Foundation have acknowledged, straw purchasers are a real problem. However, an effective means of thwarting straw purchasers would be to prosecute them to the fullest extent of the law.

Illinois already has an “unlawful purchase of a firearm” statute that targets anyone “who knowingly purchases or attempts to purchase a firearm with the intent to deliver that firearm to another person who is prohibited by federal or State law from possessing a firearm.” Violation of this statute in relation to the purchase of a single firearm carries a maximum sentence of seven years in prison. Further, Illinois law requires a private individual who transfers a firearm to determine the transferee’s status as a FOID holder. Failure to do so can carry a sentence of up to three years in prison.

In what the Chicago police called “not an uncommon example” of straw purchasing, in September 2016, police arrested 22-year-old Simone Mousheh for selling two guns to a gang-affiliated man in Chicago. Reports indicated that Mousheh was “aware that he did not possess an FOID card and that he was on probation for domestic battery.” One of the firearms Mousheh sold was later recovered from a juvenile on Chicago’s West Side. Following a guilty plea, Mousheh was sentenced to 15 days in an alternative work program, 12 months of probation, and a $679 fine.

This sort of lackluster enforcement of existing gun laws might be why a Cook County Jail inmate told a researcher in 2013, “All they need is one person who got a gun card in the ‘hood’ and everybody got one.”

Chicago’s trace report also raises important questions about the permissible use of ATF trace data. Since 2003, Congress has restricted the use of trace data under the “Tiahrt Amendment.” Named after former U.S. Rep. Todd Tiahrt (R-Kan.), the amendment permits federal, state, and local law enforcement agencies to have trace data “in connection with and for use in a bona fide criminal investigation or prosecution.” ATF and the Fraternal Order of Police support the Tiahrt Amendment as public disclosure of trace data could imperil ongoing law enforcement investigations, and according to FOP National President Chuck Canterbury, “threaten[s] the safety of officers and witnesses.”

ATF has taken issue with the use of trace data in Chicago’s recent report. A report from Michael Bloomberg anti-gun mouthpiece The Trace, cites an email from ATF spokeswoman Marky Markos who wrote that the Chicago report was “a prohibited use of the data.” Markos also pointed out that, “Through the eTrace [Memorandum of Understanding], parties agree that no data will be publicly disseminated, and that it is law enforcement sensitive information as it relates to criminal investigations.” eTrace is an online trace request submission module for law enforcement agencies.

Chicago issued a flippant response to ATF’s charges. Offering a creative interpretation of when it is necessary to comply with federal law, Mayor Rahm Emanuel’s spokesman, Adam Collins, stated, “This is just classic… The Trump administration is arguing it would be better to hide the facts on the deadly effects of gun trafficking than partner on a solution? Well, burying your head in the sand won’t change the truth and it won’t solve the problem.”

It is ironic that Chicago would accuse the Trump administration of “burying [their] head in the sand” on this issue. The discouraging truth about Chicago’s violence is that it is the product of a host of societal factors - including a lack of vigorous criminal prosecution - that cannot be remedied by a change to the current gun laws. Faced with this complex problem, Chicago’s public officials have repeatedly chosen to disparage their fellow Illinoisans and law-abiding gun owners throughout the country, rather than rise to meet the challenge. The city officials’ continued refusal to confront their own shortcomings and the city’s more intractable problems only serves to prolong the suffering of Chicago’s 2.7 million residents. 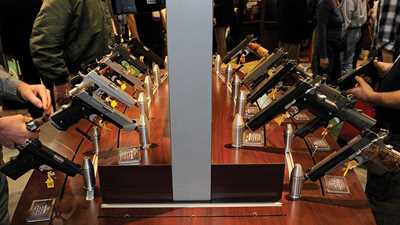