NRA is often recognized by the American press and lawmakers as one of the most powerful political institutions in the U.S. However, it might surprise some to know that NRA’s influence is acknowledged throughout the globe.

Given that even other Western countries don’t share the U.S.’s strong support for natural rights, the foreign press and political classes tend to treat NRA even more harshly than do NRA’s domestic foes. Some have even taken to labeling those they don’t agree with, or unsavory political elements, as their country’s version of NRA. While NRA is accustomed to such scorn, those offering it should bother to get their facts right.

In an October 19 piece for the United Kingdom’s Independent titled, “Hardline Brexiteers are the UK’S NRA – and we can’t let them take control of the country,” writer James Moore used this tactic. Moore contended that those in the UK who support a robust implementation of the UK people’s decision to leave the European Union (the Leave Means Leave campaign) are akin to NRA.

According to Moore, those seeking a “hard Brexit” are “crazies.” The commentator goes on to explain,

Leave Means Leave and its ilk are, in many ways, the British equivalent of America’s National Rifle Association. And they have both succeeded through similar means….They are well funded. They are deeply entrenched in their respective countries’ establishments… Both view anything that smacks of compromise as the thin end of the wedge…

Moore also contends that both NRA and hardline Brexiteers “wield enormous influence, despite their views being minority ones: polls have shown a large majority of Americans favour gun control, just as a large majority of Britons would prefer staying in the single market.” “Large” is a subjective term, but under almost any definition, Moore is incorrect about Americans’ support for gun control.

Gallup routinely asks Americans the question, “In general, do you feel that the laws covering the sale of firearms should be made more strict, less strict or kept as they are now?” In the 11 times Gallup has asked this question over the last decade, “more strict” has averaged about 50 percent. Similarly, a long-running Pew Research question asks survey takers, “What do you think is more important – to protect the right of Americans to own guns, OR to control gun ownership?” Over the last 10 years, “protect gun rights” and “control gun ownership” have polled neck-and-neck.

The same day that the Independent article was published, halfway around the world in Australia, anti-gambling campaigners were declaring their opponents to be that country’s NRA. In an interview with the Australian Broadcasting Company, Alliance for Responsible Gambling Reform spokesman Tim Costello said, “The casino and gaming industry in Australia is the equivalent of the NRA.”

Costello’s comments came after whistleblowers at Melbourne’s Crown Casino alleged that staff were ordered to tamper with poker machines to decrease the odds of paying out and to process money transactions in a manner to elude Australia’s anti-money laundering regime. The whistleblowers also contended that Victorian Commission for Gambling and Liquor Regulation were aware of the problems with the gambling machines, but did not take adequate measures to eliminate the problem.

According to Costello, this is proof that “Casinos are like laws unto themselves” and that “they really run state governments and treasuries and it's a cosy little deal largely locking all transparency and public criticism.” Further, Costello contended that Australia has a “blind spot” when it comes to gambling, whereas “America's blind spot is guns.”

Costello’s comparison between NRA and Australia’s gaming industry is bizarre. Rather than a profit-making corporation, NRA is an organization comprised of 5 million Americans who are dedicated to preserving our right to keep and bear arms and hunting heritage. To do this, NRA doesn’t pursue money-laden deals with public officials. NRA uses a grassroots network of activists to educate voters and hold public officials to account; a relationship that could hardly be described as “cosy.” Costello’s eagerness to use a flawed reference to NRA to characterize his opponents might be explained by his previous work with Australia’s National Coalition for Gun Control.

In addition to a displaying a similar hostility, the foreign political classes and press aren’t any more accurate when it comes to NRA than their domestic counterparts. Rather than worry over the particulars of their contempt, NRA members should take a measure of pride in the fact their political power is recognized throughout the world. 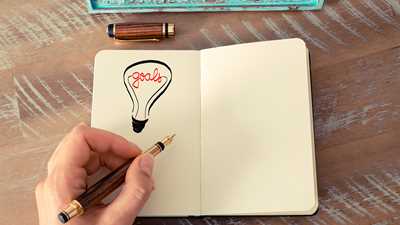