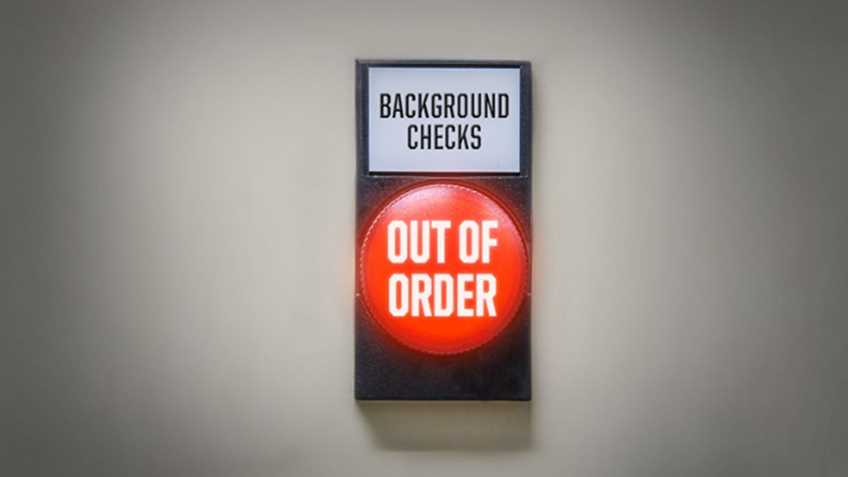 Have you noticed that all the hot takes about the supposed need for more gun control have something in common? Whether it’s a call to limit gun ownership to two firearms or a desire to ban firearms completely, America’s anti-gun pundits have no shortage of different “solutions” they’d like to see turned into laws. But not many of them seem particularly eager to talk about what it would take to actually enforce those laws, or maybe they haven’t even considered that aspect of legislation. All we have to do is a pass a law, apparently. Enforcement is optional.

In the real world, of course, it doesn’t work that way. Now, even some gun control advocates are having to reluctantly accept the fact that passing a gun control law doesn’t automatically lead to less crime. Recently, anti-gun researcher Garen Wintemute took a look at “universal” background check laws in Washington, Colorado and Delaware. All three states passed similar laws in 2013, and Wintemute wanted to see if the laws had led to an increase in the number of background checks. As it turns out, the answer was “no,” at least for Washington and Colorado. Universal background check laws clearly don’t lead to universal background checks for every transfer of a firearm. Gun owners know this, and we’ve tried to point this out to anti-gun activists on many occasions, but they needed to see the science. Now they have.

Now, even some gun control advocates are having to reluctantly accept the fact that passing a gun control law doesn’t automatically lead to less crime.

The problem for Wintemute is that these laws are nearly impossible to enforce, and law enforcement officers know it. That’s why so many have been opposed to these feel-good but ineffective background check laws for quite a while. Virtually every county sheriff in New Mexico opposed the Bloomberg-backed gun control bill when it was introduced in the state’s legislature earlier this year. Sheriffs spoke out about the need to be able to hold repeat offenders on higher bond, the number of plea bargains, and other issues surrounding the criminal justice system and violent offenders. That’s where they think the focus should be, but gun control advocates have a different priority. They think cops across the country should be spending precious time and resources trying to find illegal gun transfers instead of the individuals who are actually committing violent crimes.

Wintemute and others may claim that Delaware’s law is “working” in terms of increased background checks, but it has clearly failed at bringing down the number of murders. Maybe they should conduct a study to try and figure out why.