Why The United States Needs To Unite On Carry Reciprocity 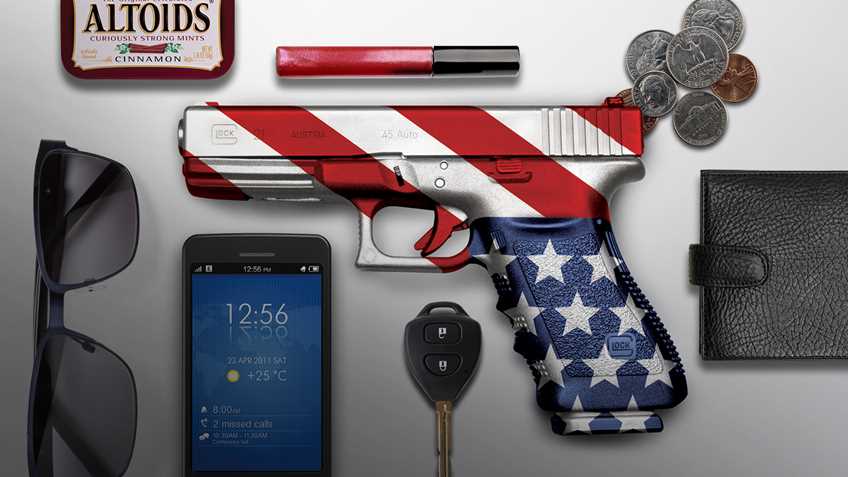 In an educational op-ed posted Thursday at newyorkdailynews.com, criminologist and author John Lott makes the case that the previous day’s shooting at a GOP Congressional baseball practice proves why the country needs national Right-to-Carry reciprocity.

Lott, president of the Crime Prevention Research Center, said restrictive carry laws—like the one in Washington, D.C., forbidding nearly all law-abiding citizens from carrying firearms, even if they have permits from their home states—leave people helpless against attack.

“It’s not easy for a truck driver to avoid troublesome state and city gun laws as he drives across the country with valuable merchandise,” Lott writes. “He can quickly run into trouble in ‘may issue’ states such as New York, New Jersey, Illinois or California, which give out few permits and require applicants to demonstrate sufficient ‘need.’

“Or imagine a single woman driving across state lines at night, hoping that her car won’t break down along the highway.”

In fact, Lott is correct. The dizzying array of laws throughout the country can leave even the most informed gun owners confused about where they can and cannot go when they are carrying a firearm. Consequently, many leave their firearms at home to avoid potential problems with law enforcement—effectively having their right to bear arms negated because of conflicting laws from state to state to state.

Chris W. Cox, executive director of NRA-ILA, puts it like this: “The current patchwork of state and local gun laws is confusing and can cause the most conscientious and law-abiding gun owner to run afoul of the law when they are traveling or temporarily living away from home. Law-abiding citizens should be able to exercise their fundamental right to self-defense while traveling across state lines.”

As Lott points out, despite naysayers condemning national reciprocity legislation, much of the country already effectively has reciprocity through agreements worked out between individual states. That leaves states not participating in such agreements basically off limits.

“For most of the country, reciprocity is already a fact of life,” Lott writes. “The average state allows people with concealed handgun permits from 32 other states to travel freely. But the eight ‘may issue’ states and D.C. pull down that average; only one of those eight states, Delaware, recognizes permits from any other state.”

I found myself in just such a predicament earlier this year. I was making plans to drive from Tulsa, Okla., to Norfolk, Va., to visit my son, who is in the U.S. Marine Corps. Mapquest showed me three different routes, with the fastest one passing through the southern part of Illinois. Because of that state’s unfriendliness to guns and gun owners, I chose a more southern route, which took longer but passed through the more gun owner-friendly states of Arkansas and Tennessee.

This all brings us back to Wednesday’s attack at the baseball practice. Many Republican representatives have concealed handgun permits from their home states, but carrying in the District of Columbia is illegal for all but a select few D.C. residents. As Lott mentions in the op-ed, while the attack occurred in relatively gun-friendly Virginia, that is irrelevant to a representative going directly between baseball practice and Capitol Hill.

“Only about 100 people in all of D.C. have concealed handgun permits,” Lott concludes. “There’s no good reason not to issue permits much more generously. Permit holders are extremely law-abiding, losing their permits for any firearm-related violations at rates of thousandths of one percentage point.”