Your NRA-ILA previously reported that Governor Greg Abbott signed two important pro-Second Amendment measures passed by the Texas Legislature during the recent 140-day session into law: Senate Bill 16, priority legislation of Lt. Governor Dan Patrick that slashes the cost of an original License To Carry from $140 to $40 and reduces the price of a renewal LTC from $70 to $40 to bring fees down to among the lowest in the nation; and House Bill 1819 which revises Texas statutes to track federal law regarding ownership and possession of firearm sound suppressors.  [The Texas Penal Code currently requires these devices to be registered with the Bureau of Alcohol, Tobacco, Firearms & Explosives.  If the Hearing Protection Act that eliminates this federal requirement were to pass Congress before the Texas Legislature meets again in 2019, suppressor owners would have no way of complying with state law and could be guilty of a felony offense without this important change.]  An amendment was added to HB 1819 in the Senate to clarify that non-NFA, short-barreled firearms with a pistol grip -- such as the Mossberg 590 Shockwave -- are not unlawful to sell or own in Texas.  The Lone Star State is one of just two states where this particular gun cannot currently be sold lawfully.  Both laws take effect on September 1, 2017.

Governor Abbott has now also signed the following bills into law, which also have an effective date of September 1:

Senate Bill 263 repeals the minimum caliber requirement (.32) for demonstrating handgun proficiency during the range instruction portion of the License To Carry course.  This unnecessary provision negatively impacts LTC applicants with hand injuries or arthritis who would benefit from being able to use a smaller caliber handgun.

Senate Bill 1566 contains provisions from HB 1692 and SB 1942 to allow employees of school districts, open-enrollment charter schools and private elementary or secondary schools who possess valid LTCs to transport and store firearms out of sight in their locked cars and trucks.  These employees had been left out of the 2011 law banning employer policies restricting the lawful possession of firearms in private motor vehicles.

Senate Bill 2065 includes language from HB 421 and HB 981 to allow volunteers providing security at places of worship to be exempt from the requirements of the Private Security Act.  This could include License To Carry holders approved by congregation leaders, since the prohibition on possession of firearms by LTCs at places of worship is only enforceable if the location is posted or verbal notice is given.

House Bill 3784 allows persons approved by the Texas Department of Public Safety to offer an online course to cover the classroom portion of the required training for a License To Carry.  The measure also exempts active military personnel and veterans who have received firearm instruction as part of their service within the last 10 years to be exempt from the range instruction portion of the LTC course.   ​ 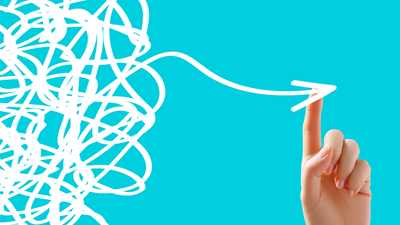