Two NRA/USF supported bills – both critically important to self-defense rights are now on the Governor's desk awaiting his action.

One, SB-128 Burden of Proof by Sen. Rob Bradley and Rep. Bobby Payne restores the presumption of innocence in self-defense cases by putting the burden of proof BACK ON THE STATE where it belongs.

The second,  SB-1052 Justifiable Use of Force  by Sen. David Simmons and Rep. Cord Byrd corrects a 2014 drafting error (by a member of the House Criminal Justice Committee Staff) resulting in a requirement that citizens be under attack in their own homes before exercising self-defense – and in some circumstances imposing a duty to retreat from your home before exercising self-defense.

Abusive prosecutors and anti-gun organizations are already working hard trying to get the Governor to veto these bills.  Prosecutors and anti-gun State Attorneys are lobbying the Governor's staff with hysterical predictions and disinformation about the burden of proof and self-defense issues. They conspired to deprive you of your basic fundamental right of innocence until proven guilty, in self-defense cases, and are aggressively fighting to stop the restoration of those rights.

You must help us fight this attack on your self-defense rights. PLEASE contact the Governor immediately.

THEN, SEND the Governor an EMAIL to be sure he knows why this is important. In the subject line put: PLEASE sign Self-defense bills SB-128 and SB-1052

Use the following email address to contact the Governor:

Go to this link and watch the powerful  1 minute 38 second testimony of the elected Public Defender from the 8th Judicial Circuit, Stacy Scott representing the Florida Public Defenders Association.

In case you haven't seen it, go here to watch the video of Senate President Joe Negron explaining why this bill is so important.

In 2005, people who exercised self-defense were being prosecuted like criminals, and courts – with no legislative authority – were imposing a "duty to retreat" in self-defense cases.

Courts were instructing juries to find victims guilty if the victim had not tried to run away before fighting back against a criminal attack.

So the Legislature took action to restore the constitutional right of self-defense and created a specific, statutory right of immunity for people who defend themselves from attack.

That law prohibits arresting, detaining in custody, charging and prosecuting unless and until an investigation reveals there is probable cause to believe the act was not lawful self-defense.

But some prosecutors and judges didn't like it so they found a way to usurp the law and bypass the intent of the Legislature.

With no legislative authority, they created a special "Stand Your Ground" hearing and reversed the burden of proof from the state to the victim.   Through case law, they changed a legislative law they didn't like.

They effectively created the presumption of guilt for the exercise of self-defense.

After conspiring to create an extra hearing in self-defense cases, prosecutors are now  arguing that it would be ‘too much work for them' if  the State has the burden of proof in this additional hearing and they actually  have to prove their cases.

And in July, 2015, the majority of the Florida Supreme Court found that victims SHOULD have the burden of proof and prove they are "entitled to immunity provided by the Legislature."   It is an outrageous opinion.

Supreme Court Justice Charles Canady and Justice Ricky Poltson strongly objected and in dissenting opinion, Canady wrote that the majority opinion, "substantially curtails the benefit of the immunity from trial conferred by the Legislature under the Stand Your Ground law."

Further, he wrote that the majority "cannot justify curtailing the immunity ..." And that this problem is a matter for the Legislature to resolve.

In other words it's up to the Legislature to put it back.  This bill fixes it.  It places the burden of proof back on the state where it belongs.  And it restores the right of the presumption of innocence and the right of self-defense. 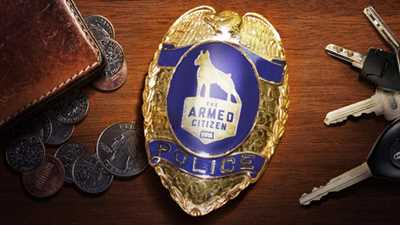