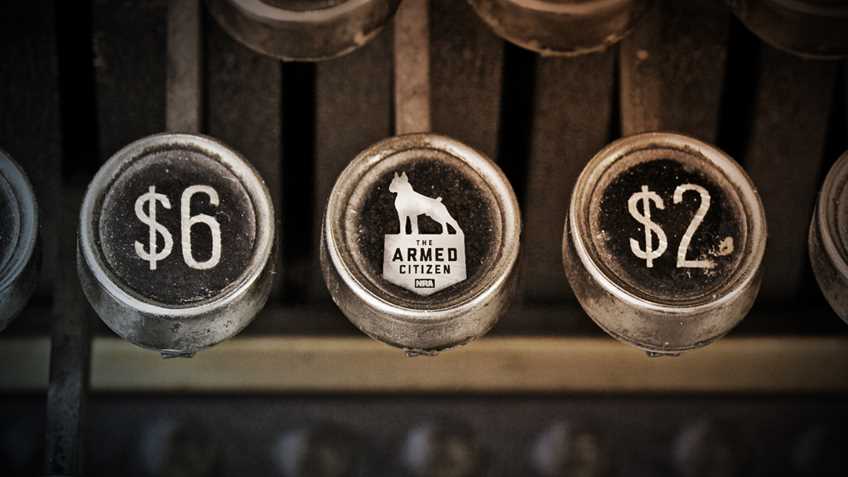 A repeat robber narrowly escaped with his life Wednesday morning after an Albuquerque tattoo shop owner caught him in the act and opened fire.  Alvino Maestas's has been hit by burglars four times since Christmas, and he now sleeps next to a motion detector that alerts him when someone is inside the building. He heard an alert early Wednesday morning and raced to his shop on Lomas near Louisiana.

Based on its tongue-in-cheek signage, one might think the shop -- Dragon Azz Tattoo Supply -- would be protected by the serpent-like namesake perched above its entrance. But a man caught on surveillance cameras Wednesday, moments before an epic heist, seems less than intimidated by the reptilian sentry. His break-in at the shop sent a 6 a.m. alarm to Maestas's cell phone, and he took off immediately toward the store. He was ready for anything.

"I snuck in the front door so he wouldn't hear me, and I see his foot going up the hole," Maestas said as he pointed upward to an air vent smashed aside to reveal an escape hatch through the shop's ceiling.  When Maestas walked in on the guy, he was in the middle of robbing him blind. According to Maestas, he jumped up on the countertop and made his way up to a heating vent. Maestas shot at him, but he got up and escaped across the rooftop.  "I just reached over and didn't even look, shot one round close as I could get to him," Maestas said.

Maestas was packing miniature shotgun shells in his revolver, and the jolt from the blast must have spooked the guy. Workers on the roof Wednesday afternoon found the burglar's booty abandoned. Wednesday's heist was bad, and Maestas was cleaned out. The thief still made off with some high-dollar items despite spilling some loot on the roof.

"I mean jewelry, tattoo machine, power supply boxes... stuff like that sells easy on the streets," Maestas said.   A robbery this past Friday already had Maestas reeling.  "Friday he came in and got just like a handful of stuff you could tell he only had a backpack," he said.

Now Maestas only has a few images of that burglar to go on, hoping someone will recognize him and report him to police before he gathers up the courage to come back again.  Maestas said he has no idea if the guy was hit by any of that buckshot. But from such close range, he is sure the man is at least slightly injured from the encounter.