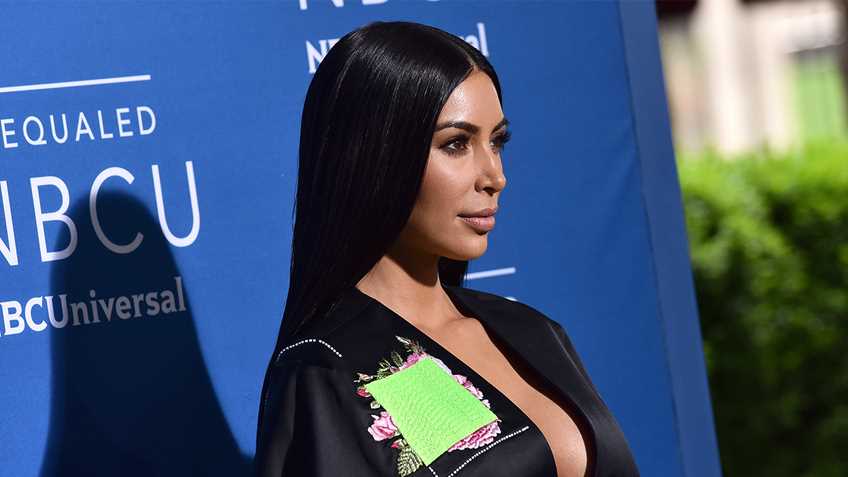 Kim Kardashian West’s father was California businessman and attorney Robert Kardashian. It is a minor tragedy that Kardashian West did not follow her father into the law. Had she done so, America might have been spared the reality TV celebrity’s inane and relentless self-promotion. For certain we would have been spared her most recent ignorant outburst on U.S. gun law.

In what is best described as a barely-intelligible screed, Kardashian took to her website to share her support for Michael Bloomberg’s Everytown for Gun Safety and their gun control agenda. Everytown lists Kardashian West as a member of their generously named “Creative Council.”

Most of the all-caps post reveals Kardashian West’s lack of understanding of U.S. gun laws, but the following passage suggests her ignorance is coupled with a support for radical anti-gun positions that fall well outside what most gun control advocates are willing to publicly acknowledge.

I’M NOT AGAINST GUNS AND I’M NOT AGAINST PEOPLE OWNING GUNS. AFTER WHAT HAPPENED TO ME IN PARIS, I KNOW HOW IMPORTANT IT IS TO BE SAFE AND TO HAVE ARMED SECURITY. ALL OF MY SECURITY TEAM IS ARMED, BUT THEY ALSO SUPPORT STRICTER GUN CONTROL LAWS AND BELIEVE THAT WE SHOULD RESTRICT ACCESS TO FIREARMS FOR PEOPLE WITH MENTAL ILLNESS, ANYONE PREVIOUSLY CONVICTED OF A MISDEMEANOR, THOSE WHO HAVE BEEN SUBJECT TO A TEMPORARY RESTRAINING ORDER AND THOSE AT A HIGHER RISK OF COMMITTING GUN VIOLENCE.

Here, Kardashian West advocates to prohibit firearms possession by anyone convicted of a misdemeanor. Under such a scheme, individuals with convictions for the likes of shoplifting, trespassing, and certain traffic offenses could be permanently barred from exercising a constitutional right. Not only are most misdemeanors not indicative that an individual is violent, those charged with such crimes often do not receive the full array of due process protections prior to conviction.

In 2007, Kardashian West’s sister Khloe was arrested on suspicion of driving under the influence and sentenced to probation. Around that time period, the Kardashian sisters visited a shooting range for an episode of their reality TV show, Keeping Up With the Kardashians. Does Kardashian West believe that similarly situated individuals should be deprived of their constitutionally-protected right to armed self-defense?

As with much of the media and gun control community, Kardashian West’s most ignorant statements were reserved for those who suffer from mental illness. In addition to her comments above, Kardashian West lamented recently enacted legislation that prohibits the Social Security Administration from improperly interpreting federal law to restrict certain categories of beneficiaries from possessing firearms for mental health reasons. Exhibiting a further lack of sensitivity those with mental health disabilities, Kardashian called this important legislation “CRAZY.”

Far from “CRAZY,” this legislation was supported by NRA, the American Civil Liberties Union, the National Alliance on Mental Illness, and over a dozen other disability rights groups. This is because disability rights advocates, researchers, and even certain portions of the federal government, understand that those with a mental illness are not inherently prone to violence.

Entertainment industry custom seems to demand that celebrities signal their virtue by pontificating on the political topics of the day, regardless of their competence with the subject matter. Kardashian would do well to send a draft of her next anti-gun rant directly to Everytown for revision. Given the group’s ongoing efforts to foster this sort of celebrity drivel, we have little doubt they would oblige.