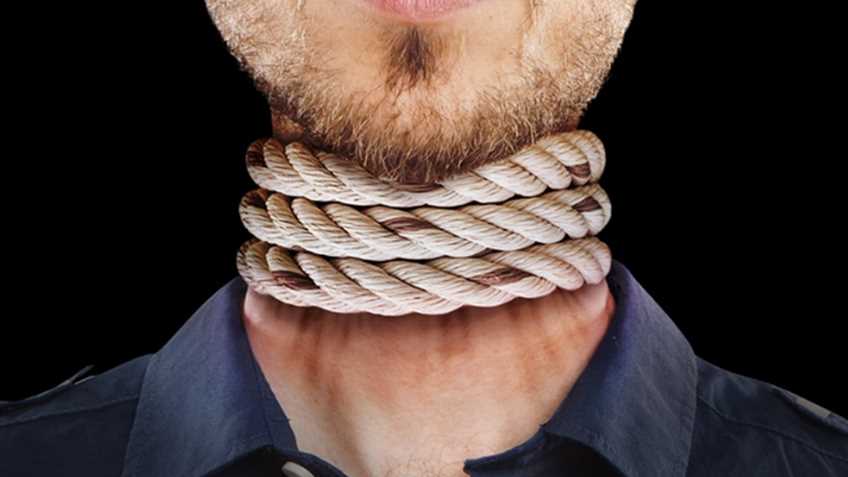 The Obama administration perfected the use of government agencies against political enemies with Operation Choke Point. OCP was just as insidious as the IRS Tea Party targeting scandal because innocent victims couldn’t escape the ramifications of the government’s illegal actions against them. The Department of Justice utilized the banking industry to “choke off” the ability of certain “fraudulent” businesses in “high-risk” sectors to operate by cutting off their access to financial services.

Businesses that were ill thought of or believed to operate as conduits for consumer exploitation were targeted as high risk. Think payment processors and payday lending operators, the types of firms that are often accused of stiffing their hard-working customers through unfair business practices. Sounds good, right?

Not so fast. The criteria were set by the tastes and dictates of the president and hewed to his ideology without fail.

Consequently, the gun industry found itself in the crosshairs, with many banking relationships suddenly cut off without notice or explanation. Gun control activists operating within the federal bureaucracy had the ability to drive legitimate Second Amendment-affiliated companies, such as those selling guns and ammunition, to ground.

American Spirit Arms based in Arizona was the recipient of rough treatment through its financial institution, Bank of America. The company’s accounts and assets were frozen under suspicion that it was selling firearms online without conducting federally mandated background checks. Under closer inspection, American Spirit Arms was found to be completely within the law: Every firearm bought online through its website was shipped to a Federal Firearm License holder. Each FFL holder was then responsible for conducting the background check before completing the sale. Not only is this legal, it debunks the widely held leftist trope that any crazy nut can buy a gun online without having a background check.

Based in Arizona, American Spirit Arms was just one firearm-related company victimized; others, in Florida and Nevada, also had assets frozen and accounts terminated without explanation. Sharing their plight on Facebook prompted thousands more impacted in the same way to speak out, garnering a ton of media attention.

The U.S. House of Representatives voted to defund OCP in February 2016, but the measure failed to clear the Senate. Consequently, the remnants of its destructive powers remain available to activists within the government who are hell-bent on going beyond its original mandate by seeking “to destroy three sectors of the private lending industry: third party payment processors (“TPPPs”), payday lenders and online lenders.”

Enter U.S. Rep. Blaine Luetkemeyer, R-Mo., with his bill to end this abuse of government power through the Financial Institution Customer Protection Act. Since 2014, Luetkemeyer has pushed to end OCP and create needed reforms to prevent this type of illegal activity from happening again. The FICPA amends the Financial Institutions Reform, Recovery and Enforcement Act of 1989 to ensure it can no longer be used to justify using the financial industry to destroy businesses certain government officials don’t like. Additional changes in the language would amend FIRREA to prevent further abuses.

If this legislation becomes law, in order for a bank to terminate a customer’s account, it would have to specify a quantifiable reason for the closure. The financial institution would be required to provide the reasons in writing and refer directly to the laws being broken; so called “reputational risk” would not be enough to end a relationship. Luetkemeyer’s bill is necessary to return gun industry businesses to normalcy with the banking sector, as some banks have stopped transacting with 2A firms altogether. Banks need legal assurances that there is no extra regulatory burden associated with such companies.

Luetkemeyer is strongly advocating for passage of FICPA. “Although there is a new administration and Department of Justice in place, this legislation is necessary to ensure that no future administration will have the opportunity to negatively impact individuals and legal businesses through this unprecedented initiative,” Leutkemeyer said. “We must continue to demand greater transparency and end the practice of allowing government bureaucrats to use personal and political motivations to block financial services to licensed, legally operating businesses.”

I couldn’t agree more. The bill needs co-sponsors and a full-court press in the media to give it the national attention it deserves so it can successfully roll back the misguided policies put in place by the last administration. It’s ironic when we consider that one of the things former President Obama is most known for is being the best gun salesman this country has ever known—in spite of his very best efforts to the contrary.