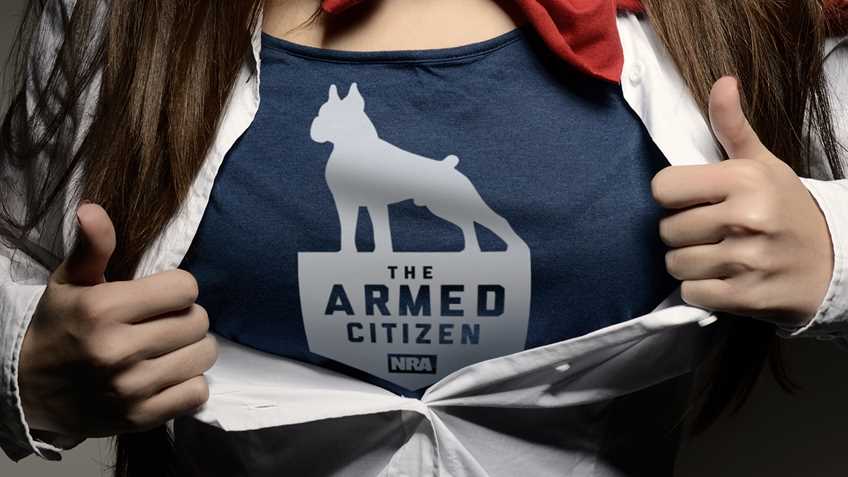 Don't mess with a Texas mom or her kids. That's the message a woman in McKinney, Texas hopes to send on Facebook after she caught someone breaking into her house.

Maria Luce walked into her living room to find someone walking in through a back door. In the surveillance video obtained by WFAA, the trespasser can be seen quickly running back outside as soon as they spot each other.

After the encounter, Luce posted a video on Facebook with a message to the person who walked into her home. Holding a shotgun, she says: "Just to make something clear, to the kid who broke into my home last night, not sure if you know what this is, but I am locked and loaded. And by the way, thank you for leaving all the evidence behind because guess what? You are on camera breaking into our home, and you're so smart that you left your fingerprints everywhere."

The video goes on to point out that her home is equipped with surveillance cameras inside and out, and that the McKinney Police Department will have plenty of evidence available.

"Don't mess with my home. It was not smart on your part, young man, you committed a felony and you will be found. Period," the video concludes.

Luce explained that her 12-year-old twins were upstairs at the time. She said that her son had recently flaunted his expensive shoes, called "Yeazys," on social media just prior to the incident. Luce said that might have prompted the break-in, although police have not confirmed any possible connection.

"This all for tennis shoes?" she asked on the Facebook post accompanying the video. "Be glad I didn't have this shotgun in my hand when I came face to face with you. I can guarantee the winner and outcome on that. All McKinney middle school parents -be aware if this is your child -he's in VERY SERIOUS TROUBLE."

She's asking for her community to "spread the word" to help find the trespasser.

Luce is now the target of some criticism from people who think she went too far with the video. She's responded to some criticism explaining that she took adequate measures to protect her family.