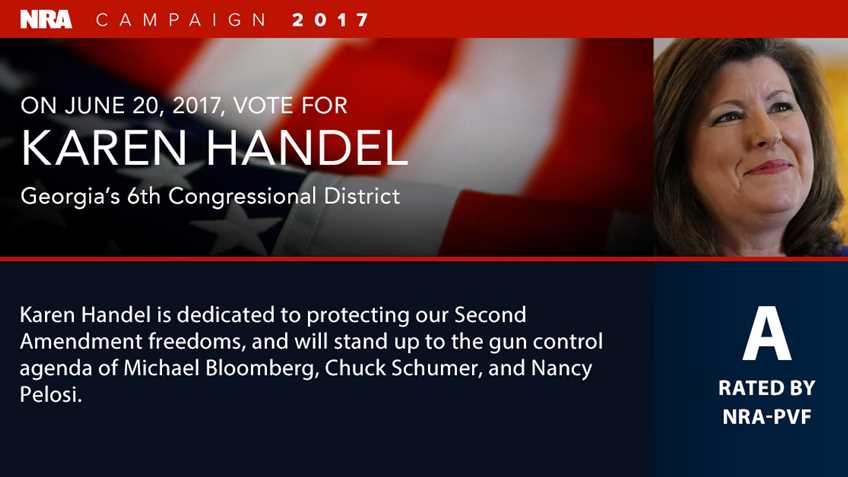 Fairfax, Va. – On behalf of our five million members across the country, the National Rifle Association Political Victory Fund (NRA-PVF) is proud to endorse Karen Handel in the special election for U.S. House of Representatives in Georgia’s 6th Congressional District.  Based on her strong support for the Second Amendment, Handel has earned an “A” rating from the NRA-PVF.

"Karen Handel supports our Right to Keep and Bear Arms,” said Chris W. Cox, chairman of the NRA-PVF. “She has fought for the values and freedoms that Georgians hold dear. In Congress, she will defend our right to protect ourselves and our families.”

“We're asking every freedom-loving Georgian in the Sixth District to vote Karen Handel for Congress in the June 20th special election”, concluded Cox.

IN THIS ARTICLE
Georgia U.S. House of Representatives
TRENDING NOW