Today, May 4, the Hawaii Legislature adjourned the 2017 session.  While session began with a range of gun bills introduced, only a few bills saw legislative action this year.  All bills will carry-over to the 2018 legislative session.  Your NRA-ILA will be back next year to continue the fight to protect your Second Amendment rights!  Below are some of the pertinent gun bills that had movement this legislative session.

Senate Bill 1036, sponsored by state Senator Clarence Nishihara (D-13), would allow firearm owners who have failed to register their firearms within the required five day time period to do so without fear of penalty.  SB 1036 passed the Senate on March 7 and was sent to the House of Representatives where it has been referred to the House Judiciary Committee.

House Bill 1589 would legalize the possession and use of firearm suppressors while hunting. HB 1589 passed the House Water and Land Committee and has been referred to the House Judiciary Committee.

Senate Bill 280, sponsored by state Senator Gilbert- Keith-Agaran (D-5), Senator Stanley Chang (D-9) and Senator Will Espero (D-19), would prohibited gun ownership to those placed on the “Terrorist Watchlist” without due process of the law.  The NRA does not want terrorists or dangerous people to have firearms; however, the NRA is opposed to a secret government list, which a large number of Americans mistakenly end up on every year, being used to deny individuals their constitutional rights. SB 280 was deferred by the Senate Public Safety Committee on February 2.

Senate Bill 898, sponsored by state Senator Ronald Kouchi (D-8), would permanently strip an individual of their Second Amendment rights, not based on a criminal conviction or mental adjudication, but based on a quasi-criminal proceeding.  The bill allows for firearms to be seized based on an ex-parte warrant application based on the low evidentiary standard of probable cause.  An individual is entitled to a hearing, however that hearing may not take place for up to 30 days.  At the hearing, the seized firearms can be retained and a permanent firearm prohibition can be put in place, not because of a disqualifying offense but merely the risk of one.  No one wants dangerous individuals to have access to firearms; however, this is not about dangerous people.  This bill sets to ignore the normal rules of criminal procedure in order to promote the anti-gun agenda of the political elites and others.  SB 898 passed the Senate on March 7 and was sent to the House of Representatives where it has been referred to the House Judiciary Committee.

Stay tuned to www.nraila.org and your email inbox for any further updates. 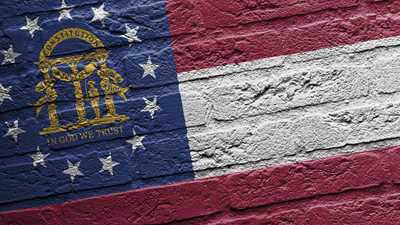