Turning Their Back On The Supreme Court 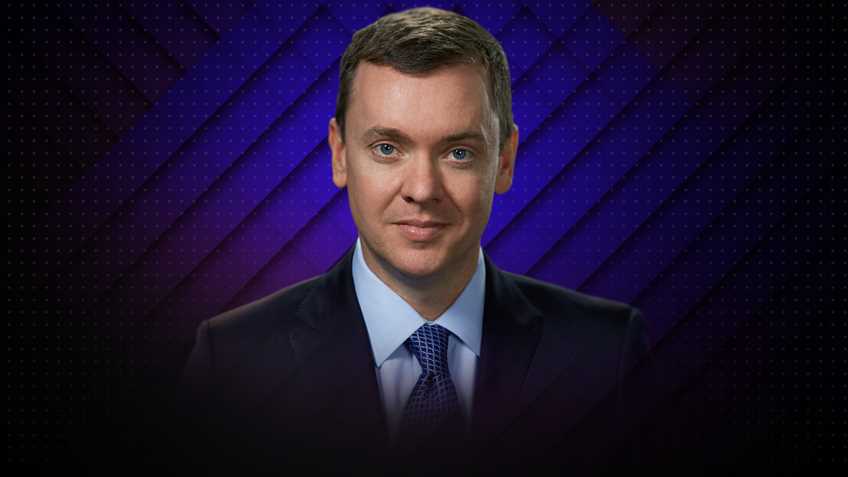 This feature appears in the May ‘17 issue of NRA America’s 1st Freedom, one of the official journals of the National Rifle Association.

In February, the full U.S. Court of Appeals for the 4th Circuit upheld the wide-ranging ban on semi-automatic rifles that was enacted in Maryland in 2013. The case was Kolbe v. Hogan.

This was just the latest example of a federal court disregarding the Second Amendment and Supreme Court precedent to uphold a ban on highly popular firearms. But it was also the most egregious and far-reaching decision to date.

Taken to its logical extreme, Kolbe eviscerates the Supreme Court’s ruling in District of Columbia v. Heller and sets the stage for states to ban entire classes of common firearms at will.

It is vital for the Supreme Court to repair the damage caused by the 4th Circuit’s opinion. And that can happen only if President Donald Trump succeeds in getting his Supreme Court nominees confirmed. The nomination of Judge Neil Gorsuch to fill the vacancy left by Justice Antonin Scalia was the first. But there could well be more during Trump’s time in office.

I don’t have to tell the regular readers of this magazine that too many of the lower federal courts have been engaged in massive resistance to the Heller decision.

But if you’re now just beginning to follow this issue, you don’t have to take my word for it. The justices who voted with the majority in Heller have expressed their exasperation with the lower courts and with their colleagues who have repeatedly refused to take corrective action.

In order for the U.S. Supreme Court to hear a case, four out of nine justices must agree. Unfortunately, that hasn’t happened since our landmark victory in McDonald v. Chicago. This is one of the reasons why it’s so important to fill the Scalia seat with a pro-gun justice like Gorsuch.

In Jackson v. City and County of San Francisco, the 9th Circuit Court of Appeals upheld a San Francisco gun-storage law similar to the one invalidated in Heller. Despite the obvious inconsistencies between the two outcomes, the Supreme Court refused to take the case. Justice Clarence Thomas—joined by Scalia—dissented from the decision not to hear the case in June 2015.

“Because Second Amendment rights are no less protected by our Constitution than other rights enumerated in that document,” Thomas wrote, “I would have granted this petition.”

Thomas and Scalia teamed up on another such dissent in December 2015. This time the case was Friedman v. Highland Park, which upheld a gun ban very similar to the one at issue in Kolbe.

Thomas took the occasion to criticize the cursory review lower courts had been giving to broad gun bans in the wake of Heller and McDonald.

“Despite these holdings, several Courts of Appeals—including the Court of Appeals for the 7th Circuit in the decision below—have upheld categorical bans on firearms that millions of Americans commonly own for lawful purposes,” Thomas stated. “Because noncompliance with our Second Amendment precedents warrants this Court’s attention as much as any of our precedents, I would grant certiorari in this case.”

Thomas then elaborated on the 7th Circuit’s “noncompliance,” noting, “Instead of adhering to our reasoning in Heller, the 7th Circuit limited Heller to its facts, and read Heller to forbid only total bans on handguns used for self-defense in the home.” Yet Justice Scalia had been clear that the relevant inquiry is broader than that, i.e., “whether the law bans types of firearms commonly used for a lawful purpose—regardless of whether alternatives exist.”

Applying that test to the Highland Park ban, Thomas stated:

“Roughly 5 million Americans own AR-style semi-automatic rifles. … The overwhelming majority of citizens who own and use such rifles do so for lawful purposes, including self-defense and target shooting. … Under our precedents, that is all that is needed for citizens to have a right under the Second Amendment to keep such weapons.”

Ironically, when the Supreme Court unexpectedly did take another Second Amendment-related case in March of 2016, the facts didn’t concern firearms at all, but rather a stun gun ban from Massachusetts. Caetano v. Massachusetts held in an unsigned summary opinion that the state court could not use the fact that stun guns did not exist at the time of the Second Amendment’s adoption to find that they are not “in common use” or that they are too “unusual” to receive Second Amendment protection.

The Supreme Court also faulted the Massachusetts court for relying on the theory that stun guns are not “readily adaptable to use in the military” to find that they fall outside the  Second Amendment’s purview. Heller, the court stated, “rejected the proposition that only those weapons useful in warfare are protected.”

This time, Justice Samuel Alito, joined by Thomas, issued a separate concurring opinion (Scalia had passed away in February 2016). That opinion reiterated Heller’s holding on what “arms” receive Second Amendment protection. Alito wrote: “the pertinent Second Amendment inquiry is whether stun guns are commonly possessed by law-abiding citizens for lawful purposes today.” Thomas and Alito also would have held that because “stun guns are widely owned and accepted as a legitimate means of self-defense across the country, Massachusetts’ categorical ban of such weapons … violates the Second Amendment.”

Yet the 4th Circuit in Kolbe rejected the straightforward test of whether the banned “arms” are in common use for lawful purposes, a test that has been articulated time and again. Instead, it created an entirely new standard, the likes of which had never before been used to resolve a Second Amendment case.

Incredibly, the court insisted that AR-15s and similar semi-automatic rifles receive no Second Amendment protection whatsoever because they are “like M-16 rifles,” that is, “weapons that are most useful in military service.”

It’s difficult to overstate just how wrong this reasoning is. So let me mention just a few problems with it.

First, and most obviously, Heller rejected using this type of reasoning to resolve the question of whether D.C.’s handgun ban withstood the Second Amendment. To the contrary, it said that handguns receive Second Amendment protection because they are a “class of ‘arms’ that is overwhelmingly chosen by American society” for self-defense.

It also elaborated on a prior Supreme Court case, U.S. v. Miller, which analyzed the Second Amendment status of short-barreled shotguns. Miller, Heller recalled, stands for the proposition that the Second Amendment right “extends only to certain types of weapons,” i.e., those “‘in common use at the time’ for lawful purposes like self-defense.”

Heller mentioned M-16s only in passing, and even those statements did not establish any precedential legal standard, as the M-16’s constitutional status was not at issue in the case. “It may be objected that if weapons that are most useful in military service—M-16 rifles and the like—maybe banned, then the Second Amendment right is completely detached from the prefatory clause,” the court stated. “But as we have said, the conception of the militia at the time of the Second Amendment’s ratification was the body of all citizens capable of military service, who would bring the sorts of lawful weapons that they possessed at home to militia duty.”

The Supreme Court was simply making the point that in contemporary America, handguns—unlike M-16s—are the sort of firearms Americans typically possess at home. And it’s no surprise the court would use the M-16 to illustrate this point, as it is within the class of machine guns that have been banned under federal law since 1986.

The AR-15, by contrast, is not a machine gun. It is legal in the vast majority of American states and has been readily available in various forms since the 1960s. Like other repeating firearms, it fires one shot per trigger pull.

And not only is the AR-15 not “most useful” for military service, it’s not fielded by any military force.

But other popular civilian firearms are considered indispensable to America’s fighting forces, including semi-automatic handguns, semi-automatic shotguns, and bolt-action rifles. Depending on mission requirements, any one of them could be considered “most useful for military service.”

And that means under the 4th Circuit’s Kolbe analysis, any one of them could also be banned.

Until the Supreme Court steps back into the arena of Second Amendment jurisprudence, the lower federal courts are likely to continue to undermine our right to keep and bear arms. This is why it’s so important to confirm pro-gun justices to the court.

NRA Reaching Out To Millennials As Campus Carry Activists