Today, Tuesday, March 28, anti-gun SB 497, was scheduled to be heard in the Senate Public Safety Committee.  At the last minute, the bill was pulled from today's agenda. Thank you to all who contacted the committee urging them to OPPOSE to SB 497.  Even though this bill was not heard today it could still appear on a future agenda.

SB 497 sponsored by Senator Anthony Portantino (D-25) would expand the existing one handgun a month law to include ALL guns.  Governor Brown vetoed similar legislation in 2016.  Governor Brown states in his 2016 veto message, “Given California’s stringent laws restricting gun ownership, I do not believe this additional restriction is needed.”

It is obvious this legislation is another attempt to place more costs and barriers to those exercising their rights and does nothing to address the criminal misuse of firearms or firearm trafficking. Criminals who generally acquire their firearms through illicit means will continue to ignore California’s stringent laws including limitations on the number of firearms that can be acquired within a 30 day time period.

Continue to check your email and www.NRAILA.org for update on firearm- and hunting-related issues in the Golden State. 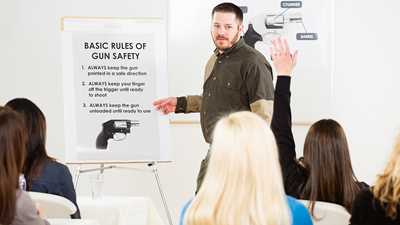