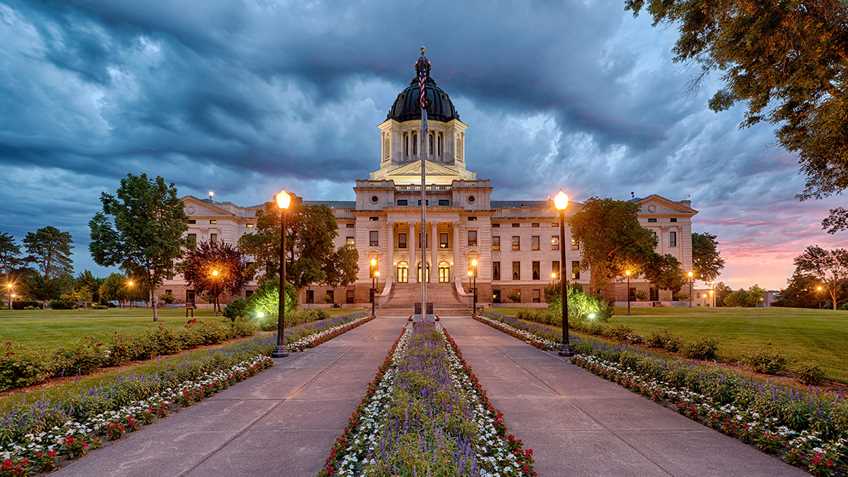 Yesterday, the South Dakota House of Representatives passed House Bill 1072 by a 37 –30 vote.  Sponsored by Representative Lynne DiSanto (R-35), HB 1072 would remove the requirement to obtain a permit in order to lawfully carry a firearm for self-defense.  This important pro-self-defense legislation is a big step forward in allowing South Dakotans to be better able to defend themselves and their loved ones without having to obtain a government issued permit.  HB 1072 now moves to the South Dakota Senate where it will await a committee referral.  Please contact your state Senator and urge them to SUPPORT House Bill 1072.

In South Dakota, it is already legal to carry a firearm openly, as long as the individual is not prohibited by law from possessing a firearm.  However, under current law, if a firearm becomes covered by a coat or if a woman prefers to carry a firearm for self-protection in her purse, he or she would need to possess a CCHL. This legislation gives South Dakotans the freedom to choose the best method of carrying for them, based on their attire, gender and/or physical attributes.  This legislation would also keep in place the current permitting system so that people who obtain a permit could still enjoy the reciprocity agreements that South Dakota has with other states.

Also yesterday, the South Dakota House passed House Bill 1200.  HB 1200 would severely limit your NRA’s ability to communicate with its membership in South Dakota.  HB 1200 now heads to the Senate where it will await a committee referral.  Please contact your state Senator and urge them to OPPOSE House Bill 1200 when it comes up for a vote.

If enacted, HB 1200 would require the NRA to disclose a list of its members if certain contributions are made to a ballot question committee or used for an independent communication expenditure.  These contributions are made so that NRA can inform its membership as well as Second Amendment supporters about legislation or other issues affecting their Second Amendment rights, and HB 1200 seeks to limit that ability.

HB 1200 is in conflict with the First Amendment.  It seeks to limit the free speech of organizations like the NRA unless they first disclose their members’ private information in the process.  Donors to organizations, regardless of their views on public policy matters, should be free to support causes they believe in without fear of retaliation, harassment, or intimidation by powerful government figures.  Because free speech is the right of every American, this legislation must be defeated.