A lobbyist representing the League of Women Voters -- Patti Brigham -- isn't registered as a lobbyist with the state, but she shows up in committee to support gun control and oppose Second Amendment rights over and over again.

The League has been working with anti-gun Democrat legislators to write and file gun ban legislation. They work in secret to deny constitutional rights while pretending to be strong constitutionalists in order to solicit memberships and donations from people who have no idea what the League is really doing.

But Patti Brigham isn't just a gun control lobbyist for the League, she is the League's first vice president. Brigham is working with Kristen Rand, the Legislative Director of the Violence Policy Center, (a Washington, D.C. based gun control organization) to ban the gun rights of Florida's law-abiding gun owners.

In fact, we recently received credible information that the bill recently filed to ban so-called "assault weapons" and "high capacity magazines" was initiated by the League of Women Voters and their 1st VP, Patti Brigham.

Emails from a public records request were shared with us.  They unearthed a series of emails between the two organizations and a legislator that paint a very disturbing picture of their partnership to undermine the firearms freedom of all Floridians. Those emails strings between Patti Brigham, Kristen Rand, and Rep. Carlos Smith (D) have every appearance of being authentic.   Since Rep. Smith has filed the assault weapons ban bill (HB-167) discussed and planned in these emails, there is no reason to believe otherwise.

"Our coalition has found sponsors to carry an assault weapons/large capacity magazine ban in FL. We are wondering if you/or an attorney with the VPC [Violence Policy Center] could take a look. We are concerned that we may have left off some weapons from the bill, which we modeled on the CT legislation. We are hoping to file the bill in early January."

Yes, you read that right. Connecticut-style gun control in Florida. And the sponsors the League of Women Voters found to file the gun ban bills are Rep. Carlos Guillermo Smith (D-Winter Park) who filed  and Sen. Linda Stewart (D-Orlando) who filed  SB-254. 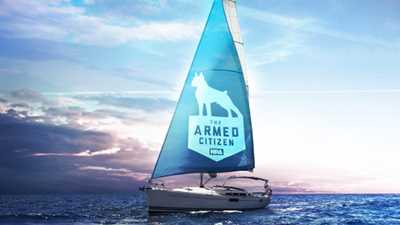