5 Things Everyone Needs To Know About Suppressors 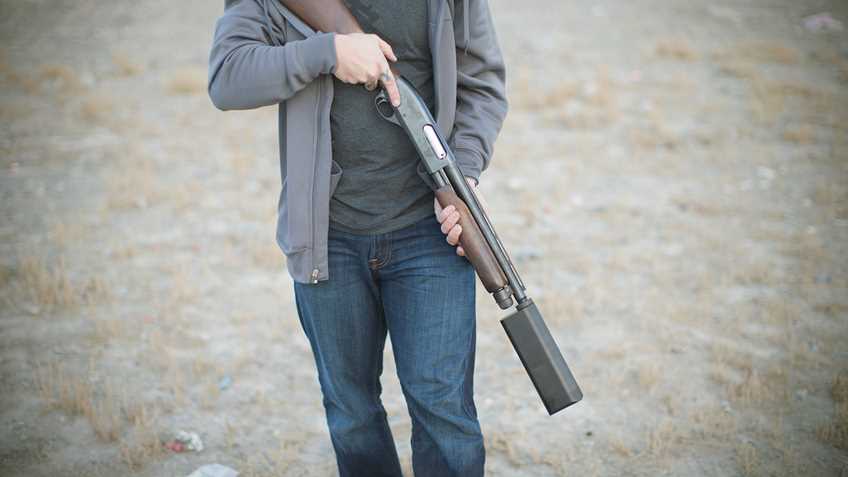 There is an old joke that the “official NRA handshake” is a person saying “What?” as he or she cups a hand behind one ear.

I never liked this joke, as it makes light of a serious issue. Decades ago many gun owners didn’t think it was a big deal that they didn’t wear earplugs or muffs when hunting and at the range. Many shooters who grew up in that culture now have hearing loss or problems with tinnitus (ringing in their ears). Massive public education—much of it from the NRA—taught us about the dangers of shooting without ear and eye protection.

Now we are reaching another milepost in the road to better hearing protection—an age where suppressed guns are polite firearms.I first saw this a decade ago when I had the chance to visit Sako’s plant in Finland and to shoot with a group of Finnish gun writers. Most of them showed up at the range with Sako 85s chambered in .308 Win. What impressed me was that they all had suppressors screwed onto their rifle’s barrels. When I commented on this, one of them said, “It would be very impolite to shoot a rifle without a silencer.” I had to admit he had a point. Using a silencer is polite; just imagine what our roadways would sound like if cars didn’t have mufflers.

Here in the United States, the consumer demand for suppressors (or silencers; the terms are synonyms) has been booming as more states legalize them. Now, Congress is considering legislation to remove hefty fees and mandates that the devices must be registered with the Bureau of Alcohol, Tobacco, Firearms and Explosives (ATF).

These positive developments, however, are now being met by resistance from those who are opposed to your right to bear arms. These people want to stop this trend toward more polite firearms for ignorant reasons, or simply for politics.

Certainly, some anti-gun types will oppose any and all developments in firearm technology and rights, but many really just don’t know the facts about suppressors. Likely, the only place they’ve seen them have been in the movies and, in Hollywood productions, when someone screws on a silencer they are about to kill someone. That’s a pretty negative connotation. The truth that these people need to learn is that suppressors don’t make guns whisper quiet, but do make more polite guns.

Here are five things to tell those who don’t know or understand the facts:

The Technology is Old

A “suppressor” is simply a gunshot-muffling device. In 1902, Hiram Percy Maxim invented the gun muffler. He patented it in 1908 and called it the “Maxim Silencer.” More recently, the firearm industry uses the word “suppressor.” Today companies like Silencerco, Sig Sauer and Gemtech are making steady advances in improving the technology, but the basics remain the same.

Suppressed Guns are Not Whisper Quiet

Suppressors don’t completely remove the need for hearing protection, but they can help a great deal. When you fire a gun, a large volume of hot, high-pressure gas exits the muzzle along with the bullet. This gas shooting down gun barrel and exiting makes a lot of noise (“muzzle blast”). A suppressor contains some of those gasses for a fraction of a second and allows them to expand and cool more gradually by circulating them around internal baffles. This helps to lower the decibel level. (Silencerco has a great graphic on how suppressors work.)

A bullet moving faster than the speed of sound (supersonic) also creates a mini sonic boom, however, that suppressors will not take away. The Hollywood myth is that silencers or suppressors turn gunshots into this little pffft kind of noise as the firearm’s action works. That’s nonsense.

How Well Do Silencers Work?

The Occupational Safety & Health Administration (OSHA) has determined that a decibel (dB) level greater than 140 can cause permanent hearing loss. Silencerco’s research has estimated that a silenced .22 LR rifle gives off about 116 dBs, a silenced 9mm pistol makes about 125 dBs, a jackhammer about 130 dBs and an unsuppressed .223 rifle about 165 dBs. So suppressors can lower the dB level below the detrimental 140 dB level. But OSHA also says that, over time, anything over 85 dBs can damage hearing. The point is, for the most part, even someone firing a suppressed firearm should still wear hearing protection.

Where are They Legal?

Thanks to lobbying from the NRA and others, a lot of states have legalized suppressors in recent legislative sessions. Currently, suppressors are legal for private ownership in 42 states—hunters can use them in 40 states. To see if they are legal in your state the American Suppressor Association has put together a map with resources and links.

If the Hearing Protection Act passes Congress, then buying and owning suppressors will get a lot easier.

Chris W. Cox, NRA-ILA executive director, said, “The Hearing Protection Act would make it easier for sportsmen to purchase the tools necessary to protect their hearing. Many gun owners and sportsmen suffer severe hearing loss, and yet sound suppressors—a tool that can reduce such loss—is overly regulated and taxed.”

How Do You Get A Suppressor?

Suppressors are regulated under the National Firearms Act (NFA) of 1934, which falls under the purview of the Bureau of Alcohol, Tobacco, Firearms and Explosives (ATF). According to the American Suppressor Association, to legally purchase or possess a suppressor you must live in an area that allows them to be sold and must:

Basically, if you live in one of the states that allows you to purchase a suppressor, you’ll need to fill out forms, pay the high fee and wait—a very long time. If your application is approved, they’ll send it back to you with stamp attached. You can then pick up your suppressor at the store you bought it from. You’ll need to keep a copy of this permit with you when using your suppressor.

Again, federal legislation (the Hearing Protection Act) now introduced in Congress would take away this burden and fee, so call your congressmen and ask them to support this important legislation.