Jeff Sessions for U.S. Attorney General: A True Defender of our Freedom 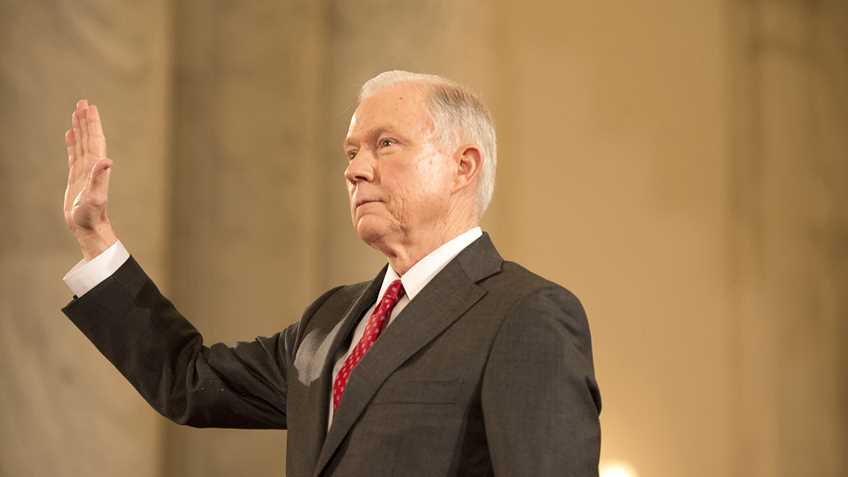 President Donald Trump has nominated a true defender of our rights in U.S. Senator Jeff Sessions (R-AL) for U.S. attorney general. Sessions has previously served as Alabama attorney general and as an assistant U.S. attorney, and is a long-standing member of the Senate Judiciary Committee. Trump’s appointment for attorney general is vital, as the head of the Department of Justice has an incredible amount of influence on domestic policy, and oversees an array of agencies that includes the FBI and ATF, which are tasked with enforcing federal gun laws.

In Sessions, Trump has chosen a lawmaker who believes in a justice system that is fair and equitable for all Americans – including those who believe in firearms freedom. Moreover, his relentless advocacy for the swift and sure prosecution of those who commit violent crime makes clear that under his watch, the Department of Justice will once again focus on punishing dangerous criminals instead of law-abiding gun owners.

I don’t have to remind NRA members of how important the office of the attorney general is to the protection of our Second Amendment freedoms.  Our experience with the Obama administration has made clear the extensive influence the attorney general has on our ability to exercise our rights. Obama’s first attorney general, Eric Holder, was an avowed opponent of gun rights and wasted no time putting his anti-gun ideology into practice.  And where Congress refused to do his bidding, he turned to harassment and intimidation through the regulatory process to push his anti-gun agenda. In his two decades in the U.S. Senate, he has not only compiled an exemplary pro-gun voting record, but has also been a leader in numerous legislative battles to protect your freedom.

Although I don’t have the space here to remind readers of the litany of abuses waged against our freedoms by Holder, many will remember his notorious “Fast and Furious” scandal; his DOJ-initiated Operation Choke Point, which purported to combat consumer fraud by restricting unscrupulous merchants’ access to banking services; and his participation in the use of Department of Veterans Affairs beneficiary information to improperly deny the Second Amendment rights of hundreds of thousands of disabled veterans and their families.

Shortly before leaving office, Holder reminded us of his anti-gun intentions when he cited the Obama administration’s inability to enact new gun controls as his “single failure.”  Thanks to you, his stated goal of “brainwashing” Americans against gun ownership failed.

On the other hand, law-abiding gun owners can rest assured that with Jeff Sessions as Attorney General, our nation’s chief law enforcement officer will work tirelessly to defend our rights while protecting us from violent criminals. In his two decades in the U.S. Senate, he has not only compiled an exemplary pro-gun voting record, but has also been a leader in numerous legislative battles to protect your freedom.

For example, in 2005, Sessions took to the Senate floor to argue for passage of the Protection of Lawful Commerce in Arms Act, pointing out that the predatory lawsuits the legislation would help prevent were a cynical attempt to “steer public policy through litigation.”

As ranking member of the Senate Judiciary Committee, Sessions led the charge against the confirmations of Obama U.S. Supreme Court nominees Sonia Sotomayor and Elena Kagan, repeatedly drawing attention to their troubling records on the Second Amendment.

In 2013, as President Obama and his allies in Congress sought to enact new restrictions on commonly-owned semi-automatic firearms, Sessions spoke out against such controls.  He told the Decatur Daily, “If you start banning semi-automatic weapons, you’ve really banned the essence of gun ownership today.” Demonstrating a deep understanding of types of firearms the Second Amendment protects, he similarly told the Birmingham News, “I just don’t see how you can constitutionally or rationally expect semiautomatic weapons to go away, and I’m not going to be supportive.”   With his many decades of public service and loyal support for our Second Amendment rights, Jeff Sessions is eminently qualified to serve as U.S. attorney general. This fact should be reflected in a respectful and rapid Senate confirmation process.

Further, throughout his time in the Senate, Sessions has called for the vigorous enforcement of existing federal gun laws against dangerous criminals, and has lauded enforcement initiatives such as Project Exile. Speaking with the knowledge of a former assistant federal prosecutor, he has gone toe-to-toe with Clinton and Obama administration officials, including Attorneys General Janet Reno and Holder, over the serious decline in federal gun prosecutions. In 1999, for example, he said the NRA’s longtime argument that the federal government should enforce existing gun laws before enacting new restrictions “is effective because it's true.”

With his many decades of public service and loyal support for our Second Amendment rights, Jeff Sessions is eminently qualified to serve as U.S. attorney general. This fact should be reflected in a respectful and rapid Senate confirmation process. However, should anti-gun senators decide to oppose his confirmation, gun owners must be prepared to come to the defense of our unwavering ally, just as he has come to our defense time and again.

Please contact your U.S. Senators NOW at (202) 224-3121 or by clicking HERE! Ask them to support Jeff Sessions for Attorney General!

Virginia: Contact your Legislators in Support of Important Self-Defense Legislation