On Wednesday, the U.S. Court of Appeals for the Seventh Circuit found that Chicago had once again violated the Second Amendment, this time with its regulations for gun ranges.

The process is basically the same every time.

First, Chicago enacts some uniquely stupid gun control regime. And when we say “uniquely,” we mean that nobody else would even try it, not even gun-hating officials in other crime-ridden cities.

Next, a federal court says, in effect: “Hey, Chicago, remember when you single-handedly ensured the incorporation of the Second Amendment against all states and localities with your handgun ban? The right still applies. You can’t just suppress it for any or no reason at all.”

Chicago then loudly insists that against its better judgment it has changed its laws to comply with the court ruling, when it fact everyone knows it really just shuffled the rules around to make whatever it formerly banned outright technically legal but practically impossible.

This provokes further litigation, during which the city will change this or that aspect of its regulations as the case bounces up and down between the trial and appellate courts.

Needless to say, all this happens on the public’s dime, as if Chicago – with a staggering 762 murders last year -- has no better way to spend money than by enacting and futilely defending useless gun control for which the city cannot produce any evidence of efficacy.

This week’s opinion in Ezell v. Chicago recounted how the Seventh Circuit had previously held that the city could not ban ranges, provoking the above described scenario.

Chicago’s response to the prior appellate ruling, according to Wednesday’s opinion, was to enact “an elaborate scheme of regulations governing shooting ranges.” While those rules were in litigation, the city amended them multiple times. Finally, the trial court ruled on the measures – upholding some and invalidating others – and the litigants appealed the worst of the surviving rules to the appellate court.

These rules included banning anyone under age 18 from so much as entering a range and zoning requirements that eliminated almost 98% of the city as possible locations, with the remaining choices of “questionable” commercial viability. No range, as the city intended, had managed to open for business.

Circuit Judge Diane S. Sykes, writing for a three-judge panel, called out the city on its charade in very plain terms.

To justify its zoning restrictions, the city claimed firing ranges attract gun thieves, cause airborne lead contamination, and carry a risk of fire. Yet according to the court, the city failed to provide any evidentiary support for these claims. As in none.

The court noted, “The City’s own witnesses testified to the lack of evidentiary support for these assertions. They repeatedly admitted that they knew of no data or empirical evidence to support any of these claims.” And the city’s zoning administer “conducted no investigation, visited no firing ranges in other jurisdictions, consulted no expert, and essentially did no research at all.”

The city also failed to explain why commercial ranges needed to be regulated so much more strictly than police and private security ranges, which have long operated without incident in areas where commercial ranges are banned under the zoning rules.

In other words, Chicago put forth an embarrassingly sloppy and unsupported case. The city, Judge Sykes wrote, “cannot defend its regulatory scheme with shoddy data or reasoning” or with mere “lawyers’ talk.”

The court also held that the city failed to support its claim that minors have no Second Amendment rights at all, and so can be categorically banned from firearm training. “There’s zero historical evidence that firearm training for this age group is categorically unprotected,” the court stated.

Chicago fared no better with its weak argument that preventing older adolescents and teens from training in the controlled atmosphere of a range is “common sense.” The court again cited testimony from the city’s own witness to rebut this claim. Somewhat incredulously, Judge Sykes pointed out that the witness had testified: “my own son took a shooting class when he was 12, so I’m well aware of the fact it’s okay to teach a young person how to shoot a gun properly.”

That the case was an embarrassing failure to Chicago and its lawyers, however, is not likely to change the city’s tactics. Stringing things along and keeping the regulatory environment in flux is, for the city’s purposes, the next best thing to a ban. No business can operate in an environment where the rules that govern its activities are unknown or unknowable. And as long as no range opens in the city, its gun ban bureaucrats can continue to claim victory.

What Chicago can’t claim, however, is that any of its gun control schemes which require the public’s treasure to uselessly defend time and again have done anything to stem the bloodshed in its streets. Law-abiding Chicagoans will have to wait for their rights, but the criminals committing these crimes remain, apparently, unhindered. 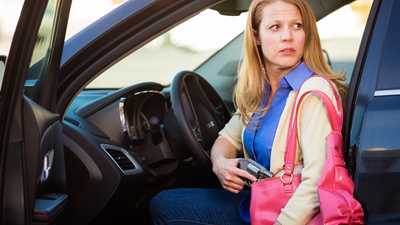