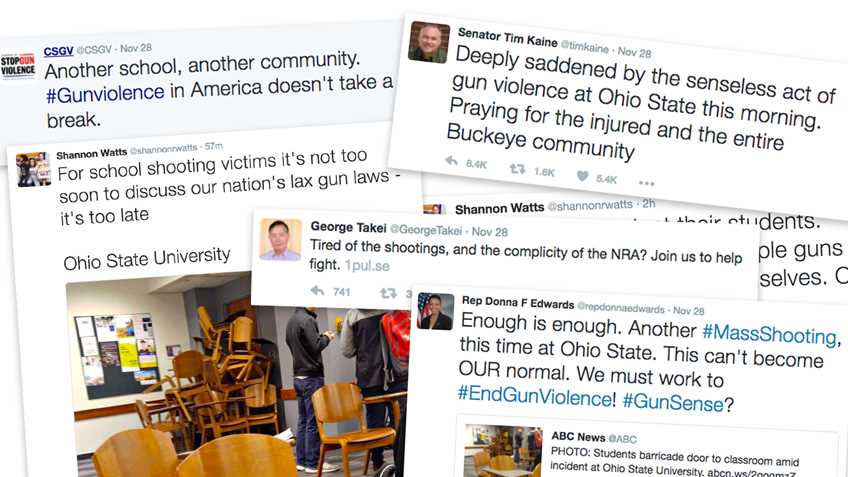 Guinness World Records may refuse to acknowledge feats pertaining to the lawful exercise of right to keep and bear arms, but how about a world record for most shameless attempt to politicize tragedy? The competition would be stiff, as evidenced by the plethora of ignorant tweets issued in the wake of Monday’s motor vehicle and stabbing attack on the campus of Ohio State University.

Just before 10 a.m. Monday, Abdul Razak Ali Artan drove a car into a crowd of people near Watts Hall on the OSU campus. Those in the crowd had reportedly evacuated the building following reports of a gas leak. After plowing into the group with the car, Artan left the vehicle and began attacking the crowd with a butcher knife. Reports indicate that Ohio State Police Officer Alan Horujko arrived on the scene of the attack in less than a minute and shot and killed Artan. 11 individuals sustained non-life-threatening injuries during the attack.

A subsequent investigation into Artan revealed that he had posted comments sympathetic of lone wolf terrorist attacks to Facebook. The day after the attack, ISIS praised Artan as their “soldier.”

At the outset of the incident, university officials issued an alert warning of an active shooter situation on campus, urging students and faculty to “Run Hide Fight.” This information was then spread by various news outlets.

Rather than pausing to reflect on this tragic initial report or waiting for a full account of the facts, prominent gun control supporters rushed to their keyboards and pulled out their phones in a race to tweet their ill-considered reactions to the “shooting.”

When another twitter user had the gall to question the Everytown media flack’s eagerness to politicize the OSU attack, Watts self-righteously snapped, “After Sandy Hook, I’ll never be quiet again. I’ll scream bloody murder because that’s what’s happening to 100k shot annually in the US.”

Not content to let the public ruminate on the deep wisdom of her initial tweet, Watts followed up with another, writing, “For school shooting victims it's not too soon to discuss our nation's lax gun laws - it's too late   Ohio State University.”

As if visiting us from the future, gun control supporter Rep. Donna F. Edwards (D-Md.) shared with followers her foreknowledge of the scale of the OSU “shooting.” Edwards tweeted, “Enough is enough. Another #MassShooting, this time at Ohio State. This can’t become OUR normal. We must work to #EndGunViolence! #Gunsense?”

The Coalition to Stop Gun Violence lamented, “Another school, another community. #Gunviolence in America doesn’t take a break.”

Actor and incessant tweeter George Takei felt compelled to use the OSU incident as a recruiting pitch for his LGBTQ gun control organization One Pulse for America, writing, “Tired of the shootings, and the complicity of the NRA? Join us to help fight.” As others have noted, some might find it curious that the former Star Trek actor, despite holding a healthy skepticism of the federal government, appears so eager to grant the state a monopoly on force.

For the sake of considered discourse, we hope that this incident will serve as a warning about the perils of making political declarations before receiving all of the facts of a particular incident. However, if history is any guide, the quality of anti-gun advocacy will only become more debased. 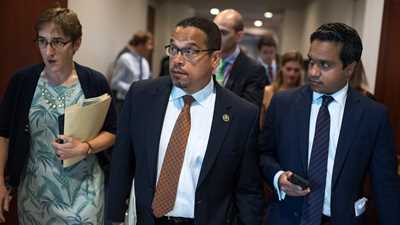