FAIRFAX, Va.— On behalf of our five million members across the country, the National Rifle Association Political Victory Fund (NRA-PVF) is proud to endorse Morgan Griffith for Virginia’s 9th Congressional District in the United States House of Representatives.

Based on his leadership on Second Amendment issues, Morgan has earned an “A+” rating from the NRA-PVF in the November 8, 2016 election. An “A+” is the highest possible rating and is reserved for legislators with an excellent voting record on critical NRA issues who have also made a vigorous effort to promote and defend the Second Amendment.

Morgan has stood up to the Obama/Bloomberg/Clinton gun control agenda of banning firearms, magazines and ammunition. He has also voted for Right-to-Carry reciprocity legislation, which would ensure that law-abiding Americans with valid concealed handgun permits would be able to carry a concealed handgun in any other state that does not prohibit concealed carry.

“We can count on Morgan Griffith to stand up for our constitutional freedoms in the U.S. House,” added Cox. “On behalf of the NRA’s five million members, I want to thank Morgan for his steadfast support of the Second Amendment and urge all NRA members, gun owners and sportsmen in Virginia’s 9th Congressional District to vote Morgan Griffith on Tuesday, November 8th.” 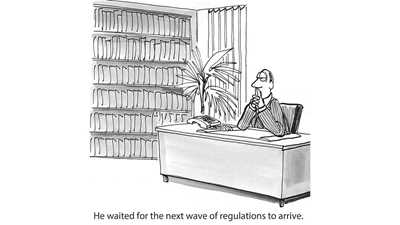