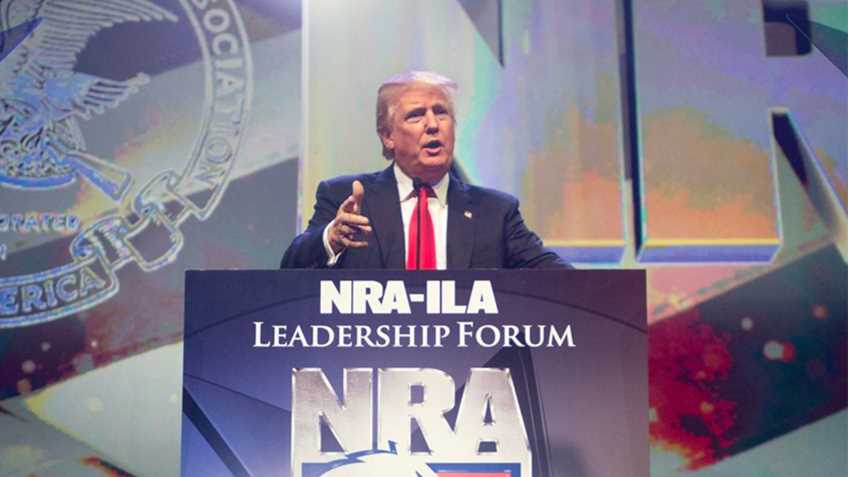 This feature appears in the October ‘16 issue of NRA America’s 1st Freedom, one of the official journals of the National Rifle Association.

This year’s race for the White House is like no other in our history. Hillary Clinton has made it clear that, if elected, she will come after our firearm freedoms on her very first day in office. So it’s no exaggeration to say that the Second Amendment is on the ballot this November. Recently, I had the opportunity to sit down with Donald Trump, the Republican presidential nominee, to discuss our right to keep and bear arms and what’s at stake for America’s gun owners in this election.

Chris W. Cox: Mr. Trump, I’d like to begin with an issue of concern to many gun owners. In your 2000 book, The America We Deserve, you stated that while you oppose gun control, you support the federal ban on semi-automatic firearms—the so-called “assault weapons” ban—and also support a longer waiting period to purchase a firearm. During this election, however, you’ve repeatedly pointed out you oppose gun and magazine bans and only support background checks that are instant, accurate and fair. Would you say your position has evolved on these issues?

Donald J. Trump: Absolutely. Over the past 15 years I’ve learned a great deal about how we can protect the good people of this country from those who mean to do us harm. Gun control is not the answer—protecting the rights of law-abiding citizens is the answer. Furthermore, gun bans don’t work. Studies were done after the 1994 “assault weapons” ban expired. They clearly showed that the ban didn’t protect anyone, didn’t reduce crime. It just made it harder for law-abiding citizens to protect themselves with the firearm of their choice. Like with all things, I believe in what works, and gun bans don’t work. I have two sons who don’t just believe in the Second Amendment, they live it. They hunt, target shoot, shoot competitively and carry firearms for personal protection. They’re NRA members, and so am I. I also have a concealed-carry permit. Our commitment to the Second Amendment is unshakable.

CWC: As you know, the future of our firearm freedoms hangs in the balance with the passing of Supreme Court Justice Antonin Scalia—the author of the Heller decision—which held that the Constitution guarantees the individual right to keep and bear arms. I have a couple of questions related to the Supreme Court, but first, do you agree that the Second Amendment guarantees a fundamental, individual right to own and use firearms for lawful purposes?

DJT: Without question. Unlike Hillary Clinton, I believe the Second Amendment protects an individual right, and the D.C. gun ban overturned in Heller is exactly the kind of law the Second Amendment was meant to prohibit. Let me be clear about this: Heller wasn’t about a “reasonable restriction,” as Clinton tries to argue—the D.C. law banned guns in the home. As a result, D.C. residents were completely defenseless against violent criminals breaking into their homes. Clinton believes that the Supreme Court was wrong in the Heller decision, which she has said many times. She will appoint judges who will effectively abolish the Second Amendment—that’s the stake in this election.

CWC: There are a number of laws and regulations that gun control groups have been pushing for years. I’d like to discuss a few of them to get your views. First, do you support so-called “universal” background checks?

DJT: There can never be a so-called “universal” background check, because criminals obviously ignore gun laws. That’s what makes them criminals. The research shows that they find someone with a clean record—a “straw purchaser”—to get a gun for them. Or they get a gun from the black market. Or they steal it. We also know that background checks haven’t stopped the mass shooters we’ve seen. In each case, they either passed a federal background check or stole the guns they used. Under current law, purchasing a firearm from a dealer requires a background check, whether in a store, at a gun show or anywhere else—but some want to take that a step further so that even if a firearm is transferred from a father to a son as a gift or between lifelong friends on a hunting trip, the federal government has to intervene and approve the transfer in advance. That burdens law-abiding citizens but doesn’t impact criminals. I don’t support that.

CWC: What about gun owner licensing and/or registration?

DJT: I don’t support restricting the constitutional rights of law-abiding citizens by creating a national government registry. One thing that gun-control supporters never point out is that gun control costs us lives every day. Every time a law-abiding citizen has their right to defend themselves taken away, they are put at risk. That terrible tragedy in New Jersey—Carol Bowne, who was killed in her own driveway while waiting for a gun permit—is a tragic example of how gun control costs lives. But the American people get it. Poll after poll shows a majority of Americans continue to be opposed to invasive restrictions on their constitutional right to keep and bear arms. They believe, as I do, that all of us have the right to defend ourselves and that the government should not be in the business of taking that right away any more than we would let them regulate and restrict any of our other core freedoms out of existence.

CWC: After the recent tragedy in Orlando, President Obama, Hillary Clinton and their allies tried to distract attention away from their failed terrorism policies by calling for more gun control. In addition to calling for a new ban on semi-automatic rifles and expanded background checks, they pushed for a proposal to ban people on secret government lists from purchasing firearms. What’s your position on that issue?

DJT: Terrorists should not be able to buy guns, legally or illegally. Period. We must make sure that doesn’t happen, and we all agree on that goal. At the same time, we have to protect the rights of law-abiding Americans. These are not mutually exclusive ideas—we can do both. Unfortunately, Obama and Hillary will do anything to distract attention away from their failure to stop the spread of ISIS and defeat terrorism. They also don’t want to talk about the threat of not only terrorists with guns, but terrorists with explosives (like the Boston bombing) and terrorists with trucks (like in Nice, France) or any other means of attacking our people. They want to disarm Americans but continue policies that allow terrorists into our country.

CWC: President Obama has made a habit out of using his “phone and pen” to implement gun control through executive orders, bypassing Congress and the will of the people to advance his anti-gun agenda. All presidents have used executive orders at some level, but none have gone to the lengths that Obama has on gun control. Do you have any plans with respect to executive orders on guns if you win the election?

DJT: First, I will undo President Obama’s executive orders on guns. Second, I will look for ways to restore the Second Amendment rights of law-abiding citizens by undoing restrictions put in place by the Obama administration’s federal agencies, and pursuing avenues that protect Americans’ constitutional rights in ways that make us all safer.

CWC: You came out early in the primaries with a position paper on the Second Amendment, including your support for Project Exile—enforcing current gun laws against criminals with mandatory jail time. Is that something you’ll push for if elected president?

DJT: I think the major failure of gun-control supporters is the constant push for new gun laws instead of focusing our efforts on prosecuting violent criminals. Federal prosecutions under Obama have plummeted, and all he does is ask for more gun control. It makes no sense. Project Exile was a program that had great success because it’s simple—if you’re a felon caught with a gun or committing another crime with a gun, there’s a mandatory sentence of at least five years waiting for you. And those cases are prosecuted in federal court. When you see violent crime exploding in a place like Chicago, it’s ridiculous that they aren’t taking those criminals off the streets with the laws already in place. I’ll make that a priority in a Trump administration. My Justice Department will focus on prosecuting violent criminals. We will make it happen.

CWC: Is there anything else you want our readers to know about this election?

DJT: This election means everything for the future of our country. Not just gun rights, but also many other issues. The Supreme Court will be shaped for a generation by the next president. Our standing in the world will be shaped—at a critical and dangerous time—by the next president. And the Second Amendment itself hangs in the balance with who we elect as the next president. Your freedoms are hanging by a fraying thread. Every freedom-loving American must vote, and get their friends to vote. We can’t let the freedoms secured by those in uniform be surrendered at the ballot box. I promise your readers, and all of America’s law-abiding gun owners, that when I win the White House with your votes, our Second Amendment rights will remain protected and I will do all in my power to advance the cause of freedom. 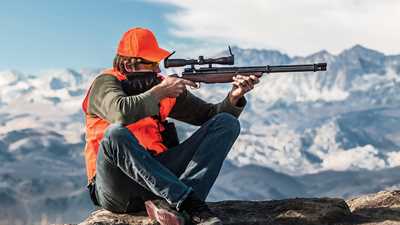