Late on August 31, the 2016 California Legislative Session adjourned sine die. This marks the end of a very difficult and disappointing year for gun owners in the Golden State. Gun owners repeatedly watched their rights abused, overlooked and infringed upon with various pieces of legislation. Transparency and the legislative process were of little to concern to anti-gun legislators as bills were rammed through both chambers.

This year, a dozen anti-gun bills were sent to Governor Brown’s desk to which he took mixed action, signing a majority of what he was presented. This included several bills he had vetoed in past sessions.

Two anti-gun bills and one pro-gun bill are still awaiting consideration by Governor Brown. Please use our TAKE ACTION button below to respectfully urge Governor Brown to VETO SB 1332 and AB 450, AND to SIGN AB 2510 into law.

VETO - SB 1332 sponsored by Senator Tony Mendoza, would modify the firearm registration process to allow for joint registration by spouses and domestic partners and require DOJ to maintain both names on the registry. In addition, SB 1332 would further complicate California’s already stringent firearm loaning process and would allow DOJ to take money from the non-related Firearm Safety and Enforcement Special Fund for other DOJ projects. The practice of utilizing fees paid by gun owners on unrelated projects needs to stop. This attempt comes on the heels of a failed audit request of the Dealer Record of Sale (DROS) special fund. The DROS account held a massive surplus just a few short years ago and now is in a state of structural imbalance due to similar practices.

VETO - AB 450 sponsored by Assemblyman Kevin McCarty, would delete the $100 fee limit on CCW application processing and require more fees to cover issuing and enforcement of a license. The enforcement aspect of this bill is so ambiguous that it could only be perceived as an effort to price out the ordinary citizen. If the proponents were truly interested in reducing costs of issuance by the responsible authority they would have considered lengthening the time a permit is valid to reduce administrative costs.

SIGN - AB 2510 sponsored by Assemblyman Eric Linder, would allow local law enforcement authorities to issue concealed carry weapons (CCW) identification cards approved by the State of California Department of Justice (DOJ) as proof that individuals are licensed in the state. The permits can be used in lieu of the obsolete typed paper form provided by DOJ.

Please forward this alert to your family, friends, fellow guns owners and sportsmen. 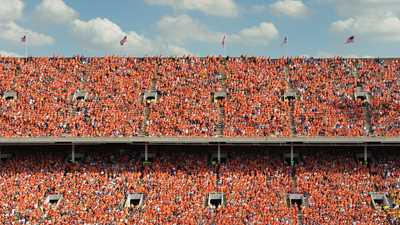