On August 10th, the California Rifle & Pistol Association and several individuals, with the support of the National Rifle Association, filed a lawsuit in federal court to vindicate the Second Amendment right of Californians to carry a firearm in public for self-defense.

Earlier this summer, the Second Amendment rights of law-abiding Californians was dealt a blow by a federal court of appeals opinion in a case that challenged the state’s regime for discretionary issuance of concealed carry licenses. Ignoring the context of the plaintiffs’ claims – that licensed concealed carry is the only practical option the legislature provides for lawfully carrying a firearm for self-defense – the court resolved the case narrowly by ruling that the Second Amendment does not specifically protect a right to carry concealed. The new case, Flanagan v. Harris, is a direct response to that opinion.

The Flanagan case broadens the scope of the earlier lawsuit by challenging California’s open carry laws, in addition to state and local restrictions that deny concealed carry licenses to law-abiding citizens.

As explained in the new lawsuit, “the Supreme Court has made clear that the right to bear arms cannot be completely foreclosed.” Because California law prohibits the plaintiffs and other law-abiding citizens from openly carrying a firearm, and because Defendant McDonnell denies them the only lawful means of carrying a concealed firearm, they are “completely barred from exercising their right to bear arms—in any manner.”

The framing of the case is meant to force the court to decide, once and for all, whether or not it’s willing to uphold a complete restriction on the right of law abiding people to carry in jurisdictions within the State of California.

You can support our pro-Second Amendment efforts in California by donating to the California Rifle & Pistol Association Foundation (CRPAF). CRPAF is a 501(c)(3), so contributions to CRPAF are tax-deductible. Or donate to NRA-ILA Legal Action Project. All donations will be spent to benefit California gun owners.

Should you wish to help fund this lawsuit specifically, you can send a donation directly through the California Rifle and Pistol Association Foundation’s website. All donations will go directly towards funding this lawsuit.

California gun owners have suffered long enough under the heavy hand of anti-gun politicians and bureaucrats. Despite seemingly endless setbacks to attain full recognition of the Second Amendment throughout the state, NRA and CRPA are committed to fighting as long as it takes to achieve that goal. 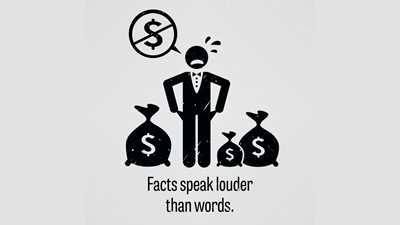