UPDATE: Here are comments from Marion Hammer, executive director of the Unified Sportsmen of Florida, a past president of the National Rifle Association, and current NRA board member.

"Lee, you asked me to comment on the Sarasota Commission's proposed resolution to ask Congress and the Florida Legislature to discriminate against certain semiautomatic firearm because of the way they look.

Clearly, the Commission doesn't even recognize what they don't know.  I guarantee you they don't have a clue what their contrived term "military grade-high capacity assault weapons" even means because I don't know what it means and neither will anyone else.  It's an open door to ban any guns they choose.

In a speech to the Capital Tiger Bay Club a while back I attempted to clarify the issue of AR-15s and ammunition magazines. Those who didn't know anything about guns later told me told me they appreciated it because it gave them a better understanding of the issue.  Here's that part of my presentation:

The Second Amendment doesn't say rifles or shotguns or handguns.  It says ARMS.  YOU get to choose what you want, what you can afford, and what fits you best.

And make no mistake, the Second Amendment is NOT about hunting.  NEVER, at any time in our history, has it ever been about hunting.

Why do you NEED an AR-15 semiautomatic rifle instead of single shot bolt action rifle?

How many of you came here today on bicycles or in cars with stick shifts?  You are making your own choices – gun owners want to make theirs.

All semiautomatic firearms, are functionally IDENTICAL.   It is the same technology that has been used for over 130 years.

You can take the gun – the mechanism – out of a beautiful, traditional, magnificent grain, shiny wood stock and put it in an ugly black, plastic, adjustable stock, with a pistol grip, and a barrel shroud and it fires exactly the same.  The only difference is the way it looks.

That is no different from a lady in an elegant dress, nylon stockings, Christian Louboutin high heel shoes and some expensive jewelry – changing clothes – into blue jeans, a sweat shirt, Nike's and a Timex watch.  The only difference is the way she looks.

You might take that expensive gun in the traditional wood stock to a gun show to show it off but you don't want to take it to the woods hunting on a cool wet rainy day.

And you might take that elegantly dressed lady to dinner at a fancy restaurant, but you don't want to make her clean her house and scrub toilets dressed like that.

You have been willfully and intentionally deceived on the assault weapons issue.

Let talk for a moment about High Capacity Magazines – when you're out in the driveway working on your car, do you leave your toolbox in the garage so that every time you need another tool you have to get up and walk back into the garage to get it?  Of course not!  If you're smart you take the toolbox with you so it's there if you need another tool.

That's no different from trying to protect yourself while keeping your ammunition in your pocket so you have to dig it out and load a cartridge every time you need one.  You want your ammunition where you need it.  Modern technology makes that possible.  There is nothing bad about that.

The kind of car you drive doesn't mean you're going to use it to commit a crime.

What legitimate reason could anyone have to deprive law-abiding people of property they have every right to own?

Why pretend that taking YOUR guns will keep them out of the hands of criminals?  You know it doesn't work that way.

Banning guns because of the way they look is political eyewash.  It's nothing less than an attempt to make it look like they're doing something when they know they're not.

There is no such thing as an ‘assault weapon.'  There are ‘assault people.'  No gun ever walked into any place and started pulling it's own trigger and changing it's own magazines. Only terrorists and other evil people do that."

EARLIER: On Monday June 20, Sarasota City Commissioners will vote on a resolution asking Congress and/or the Florida Legislature to “strictly limit the availability and use of military grade-high capacity assault weapons to bona fide law enforcement agencies and to do so with the sense of urgency and commitment which is warranted in the face of the ongoing, tragic and unnecessary loss of life triggered by mass shootings with high powered, military grade, high
capacity magazine assault weapons.”

To be clear, the city commissioners themselves lack the statutory authority to create a gun ban of their own. Florida’s powerful preemption statute gives only the state legislature the authority to regulate firearms. If local officials create their own gun laws, they’re subject to criminal charges, fines and removal from office.

The city’s resolution lacks any real authority. It’s not an ordinance or law. It’s merely a way for an elected body to express an opinion.

It appears to have been created by Sarasota City Manager Thomas Barwin. 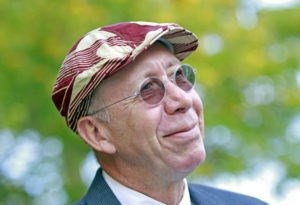 
Barwin did not immediately return calls seeking comment for this story.

It also appears to have the support of Sarasota Police Chief Bernadette DiPino.

DiPino did not immediately return calls seeking comment for this story.

Barwin has a history of anti-gun policies. While he was village manager in Oak Park, Illinois, his actions got the village sued by the National Rifle Association. The NRA won the suit, and the village was forced to pay their legal fees.

The resolution also claims that “military grade, high capacity magazine assault weapons” have been “disavowed by most reputable pro-hunting organizations.” Again, I’d like the names of these alleged pro-hunting groups that have “disavowed” ARs for hunting.

One of my colleagues encountered Barwin at a public meeting Thursday, and asked him for the names of these pro-hunting groups. Barwin said he could not recall their names “off the top of his head.”

Given the makeup of our city commission, this resolution will most likely pass.

It will then be sent to the Republican-dominated state legislature where,
most likely, no action will be taken.

It’s been a while since the city commissioners have dabbled, or better yet attempted to infringe, upon Second Amendment issues.

In September 2013, they voted to make repealing “Stand Your Ground” one of their legislative priorities.

Just days after that vote, the Sarasota GOP created an online petition to support the “Stand Your Ground” statute.

The move also prompted a recall effort for the commissioners who voiced support for the repeal — an effort that fizzled.

Please check back, as I will update this story throughout the day.