Washington, D.C. has once again lapsed into its usual pattern of denying Second Amendment rights with a federal appeals court ruling on May 27 that effectively blocks a lower court order that briefly made D.C. a shall-issue jurisdiction for concealed carry licenses.

Last month, we reported on an important milestone in the fight to restore constitutional order to the Nation’s Capital, with the district court’s opinion in Grace v. District of Columbia. U.S. District Judge Richard J. Leon held that the District’s “good reason” requirement for the issuance of concealed carry licenses likely violates the Second Amendment and suspended enforcement of that requirement for the remainder of the case. This meant that applicants who passed the background check, training, and administrative requirements of obtaining a license could not be blocked from obtaining one at the discretion Police Chief Cathy Lanier, who is empowered under D.C. law to require a showing of extraordinary need.

District officials appealed that ruling to the U.S. Court of Appeals for the D.C. Circuit on May 26. On May 27, the circuit court issued a temporary order that effectively reinstated D.C.’s discretionary licensing regime while the Court further considers the appeal. The parties were directed to file additional written arguments during the first week of June regarding this “administrative stay” and whether it should be extended throughout the appellate proceedings.

Notably, Judge Brett Kavanaugh, one of three appellate judges who considered D.C.’s request for the stay, dissented from the circuit court’s order. Judge Kavanaugh, a George W. Bush appointee, would have allowed Judge’s Leon’s original order to stand until the circuit court decided the appeal. One judge voting in favor of the stay had been appointed by President Clinton, the other by President Obama.

According to an article in the Washington Times, applications for D.C. concealed carry licenses had spiked during the 10 days between Judge Leon’s order and the appellate court’s administrative stay, with nearly 40% more filed in that brief span than in the preceding 6 months. The article also notes that those who had previously been denied a license for lack of a “good reason” were allowed to reapply during that time period, without paying the usual application fee.  As in other “may-issue” jurisdictions like Maryland, New York City, and New Jersey, the discretion given D.C.’s licensing officials acts as a de facto rationing system, or virtual ban, on concealed carry. This is because most applications, even by otherwise qualified applicants, are rejected for lack of the requisite “need,” and other would-be applicants don’t even take the time or expense of engaging in what is commonly understood as a futile exercise.

Whether any applications were actually granted during last month’s 10-day window, however, is unknown. At least one account surfaced of an applicant who claimed that when he applied for a license shortly after Judge Leon issued his order, “The police officers there told me the D.C. attorney general’s office had ordered them to ignore the court order and continue to deny applications.” That writer went on to say that when he called the AG’s office to complain, an official “explicitly told me if I had a complaint about what they did I could file that complaint online.” The AG then responded to the article by insisting it had not ordered the Metropolitan Police Department (MPD) to deny the court order and that the MPD’s website had been updated to reflect Judge Leon’s order while it had remained in effect.

Whatever happened in that particular incident, what is clear now is that D.C. can and has returned to its usual practice of summarily denying concealed carry applications from law-abiding applicants who simply want to exercise their constitutional right to protect themselves in public. That may be a boon for the criminals who roam the District’s streets, but it is a disgrace when it comes to respect for basic civil liberties.

Whether further court or congressional action will restore the Second Amendment to the Nation’s Capital remains to be seen. But if you need a “good reason” to vote in the upcoming presidential and congressional elections, the sorry example of antigun D.C. should provide more than enough motivation. 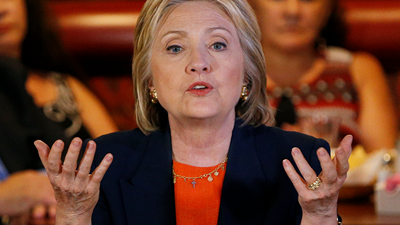