NRA Endorses Donald Trump for President of the United States 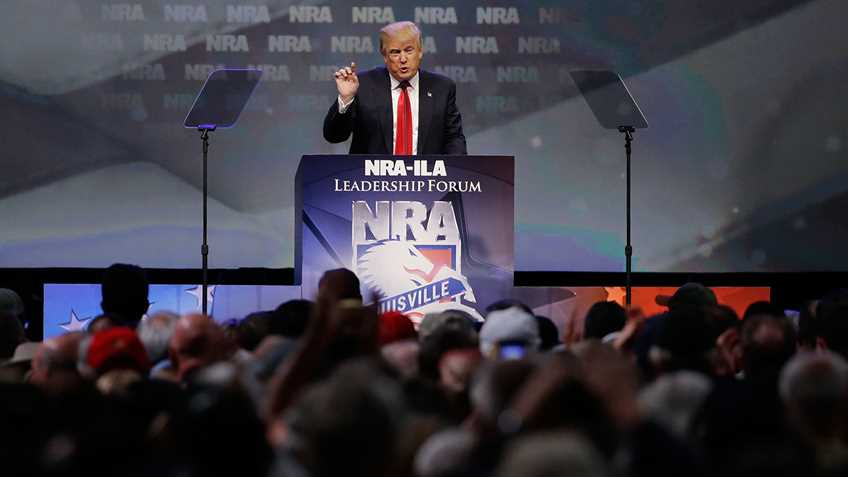 "The stakes in this year's presidential election could not be higher for gun owners.  If Hillary Clinton gets the opportunity to replace Antonin Scalia with an anti-gun Supreme Court justice, we will lose the individual right to keep a gun in the home for self-defense.  Mrs. Clinton has said that the Supreme Court got it wrong on the Second Amendment.  So the choice for gun owners in this election is clear.  And that choice is Donald Trump.  That's why the National Rifle Association of America is announcing our endorsement of Donald J. Trump for President of the United States."