We Are Diminished. Pat Rogers, Rest in Peace. 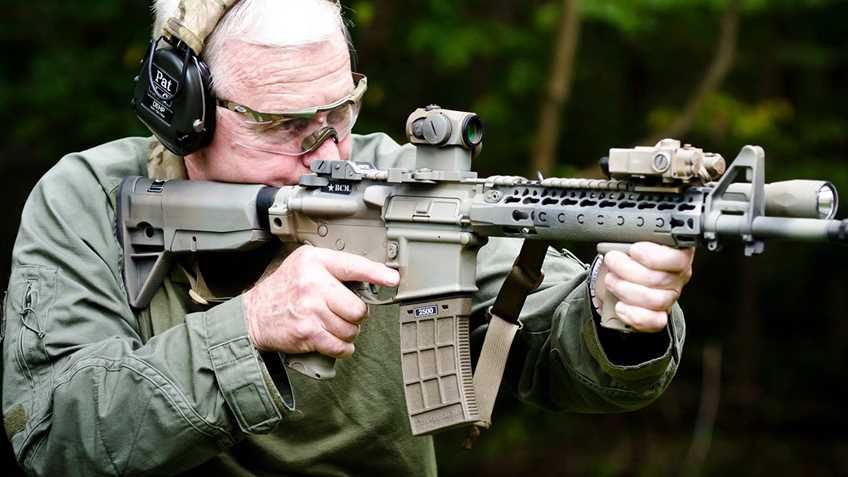 Thousands of Americans were saddened this week to learn of the passing of one of the greatest patriots, greatest firearm instructors, and most dedicated professionals they have ever personally known. On Tuesday, Pat Rogers—a true legend in the firearm community—passed away from natural causes.

As explained in a wonderful tribute by his close friend, Paul Buffoni, of Bravo Company, Pat, in addition to retiring from active and reserve service in the Marine Corps, and retiring from officer and detective duties with the N.Y.P.D., and serving as a Rangemaster at the legendary Gunsite training academy for 12 years, and racking up a long list of other achievements, led his own firearm training company, E.A.G. Tactical, for 27 years.

Over the years, Pat trained an incredible number of private citizens, law enforcement officers, and military personnel in the finer points of marksmanship and tactics.  He helped his students develop these skills during daylight and low light conditions, outdoors and indoors, with M16 and AR-15-series rifles, AK-47-series rifles, and semi-automatic pistols.

As many of us here at NRA can attest, and also by those who have flooded internet forums this week, Pat was beloved by people who trained with him. He loved life, loved his family, loved his country, loved the military and defeating America’s enemies, loved law enforcement work, loved telling his many stories, and, perhaps more than anything, loved motivating people and helping them excel. If you spent five minutes with Pat, you knew he was the consummate, no-nonsense professional, but that he also cared about the people around him and especially, his students. You left your first class with Pat knowing you had trained with one of the best, and made a loyal friend for life.

Due to his long familiarity with M16-series rifles, and the AR-15’s soaring popularity, Pat was one of the top “go to” instructors if you wanted to cut through the myths and really learn about those rifles’ capabilities and how to develop expertise with them. Pat showed, even to the satisfaction of skeptics, that they are the most accurate and reliable rifles of their type in history.

Pat was also an advocate for the NRA, helping the organization whenever and wherever he could. No doubt, he would have liked to have been with us, in the middle of the fight, as we go forward toward Election Day 2016. He had a very, very dim view of political candidates who support gun control.

From that big shooting range in the sky, Pat can rest assured that many of us not only learned from him, but will always derive inspiration from him. In the days, weeks, and months ahead, Pat’s presence will undoubtedly be felt by a legion of friends worldwide. And it will likely stay that way for a very long time.