Clinton Panders to Party’s Base, Praises Connecticut Gun Ban as a National Model

Hillary Clinton – growing increasingly frayed over the stubborn persistence of her opponent in the Democratic Party primary – took to Connecticut this week to push her gun control message to what she hoped would be willing ears. No surprise, she combined her dual instincts for bad policy and pandering by embracing a 140-page gun control law the state passed in 2013 as a model for national legislation. Her comments echoed those of Barack Obama, who at the time also pushed for similar federal action, claiming, "Connecticut has shown the way . . ."

In a revealing comment, Clinton told her audience, “I am here to tell you I will use every single minute of every single day if I’m so fortunate enough to be your president looking for ways that we can save lives, that we can change the gun culture.” This was a rare moment of honesty from the would-be president, an admission that she would relentlessly use the power of that office to attack a “culture” that she detests.

And that was exactly what the Connecticut law sought to do – not to reduce crime, not to punish violent behavior, not to target ways criminals actually obtain firearms– but to add needless expense and red tape to discourage ownership of firearms by ordinary, law-abiding people.  Falsely styled “An Act Concerning Gun Violence Prevention and Children’s Safety,” the bill delivered neither, while outlawing the possession of firearms and magazines that had been legally obtained and throwing roadblocks in the way of lawfully acquiring firearms and ammunition.

The centerpiece of the bill was an expanded ban on AR-15s and other semiautomatic firearms, which, though rarely used in crime, remain among the most popular, fastest selling guns in America today.  Also banned were so-called “large capacity magazines,” defined as any magazine that has the capacity to accept, or “can be readily restored or converted to accept,” more than 10 rounds of ammunition.

Limited exceptions to these prohibitions applied to people who obtained the items lawfully before the act took effect and who registered them with authorities.

Besides chilling images of Americans queuing up to report themselves to the government simply for having exercised their rights, the registration requirements also produced widespread confusion and non-compliance. Shortly after the law took effect, copies of a letter from the Connecticut State Police surfaced online that had been sent to gun owners who tried to register but had missed the deadline. The letters (supposedly sent as a “public service”) outlined ways for the recipients to permanently dispose of their newly-illegal firearms before they were arrested for possessing them.

The Connecticut law also established new “eligibility certificates” to acquire long guns, including requirements for training, photographs, fingerprints, or any other “method of positive identification required by the State Police.” Ammunition purchases likewise became forbidden without an “ammunition certificate” or one of the state’s other firearm-related licenses or certificates. Each certificate requires the payment of processing fees, in addition to the expense of any required training.

On top of the eligibility certificates for long gun sales, Connecticut added a redundant requirement for a separate background check in the case of a retail sale or private transfer, with additional fees. Needless to say, failure to comply with the transfer formalities would also be a felony.

And that is merely a sampling. The full list of additional restriction and bureaucracy in Connecticut’s 2013 law is considerably longer.

Clinton, like Barack Obama before her, hopes her embrace of gun control will lead to a similar “national movement.” Whether that will ever happen remains to be seen, but in the meantime, the main movement Americans are making on guns is to buy them in unprecedented numbers.

For months, we have reported on Hillary Clinton’s open endorsement of Australian-style confiscatory gun control. While Connecticut hasn’t yet gone that far, her fawning praise for the state’s restrictive laws ahead of its upcoming primary has nothing to do with moderating her position. “[W]e have just too many guns,” Clinton told supporters in Philadelphia early in the week, “On the streets, in our homes, in our neighborhoods.”

Hillary doesn’t just want to stop you from getting a gun. She’s worried about the ones you already have in your homes and the “culture” that recognizes your right to have them. And we have no doubt, should America allow her to ascend to the White House, that she’ll make good on her promise to obsessively pursue every opportunity to make both those guns and America’s Second Amendment heritage disappear.

IN THIS ARTICLE
Connecticut Hillary Clinton
UP NEXT x 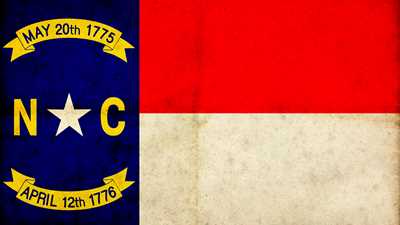