Tell Your Senators: Merrick Garland Must NOT Be Confirmed to the U.S. Supreme Court 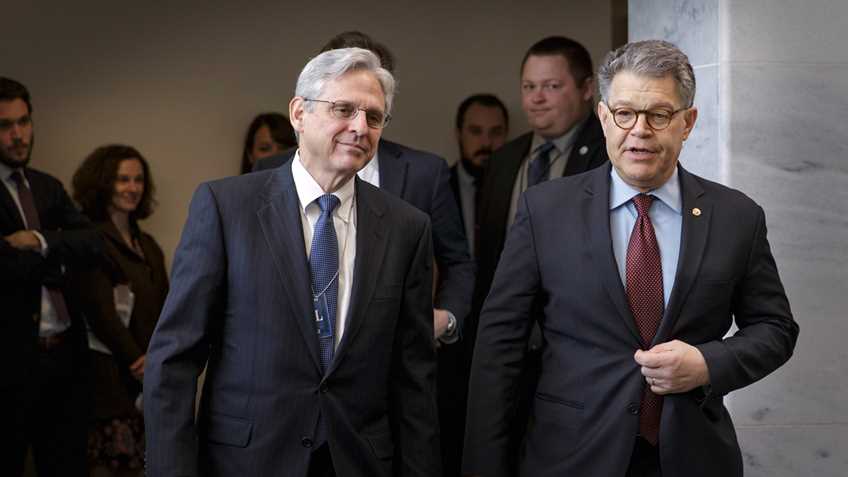 The U.S. Senate needs to hear from you TODAY that Merrick Garland MUST NOT be confirmed to the U.S. Supreme Court.

For weeks (including here, here, here, here, and here), we have been warning of the grave danger to your rights posed by Barack Obama’s choice to replace the late Justice Antonin Scalia on the U.S. Supreme Court. With typical arrogance, Obama deliberately chose the candidate with the most anti-gun record of his short-list of finalists. Now he and his usual collaborators in the media and academia seek to mock and disparage the principled stand pro-freedom groups, including your NRA, are taking against Garland.

Senate leadership has held firm in their determination to hold the line against letting Obama tip the court to his ideological advantage.

Make no mistake, Obama has a carefully planned strategy to advance Garland’s nomination that (in typical fashion) depends on exploiting polite acts of goodwill, like the courtesy meetings some Senators have granted to Garland. An article in the New York Times candidly detailed how Obama’s strategists see such meetings as the vital first step in their plan. Like the snake oil salesmen they are, they know they have to first get their foot in the door before they can begin making their pitch.

Garland’s antigun ideology is clear from his record. While serving in his capacity as an appeals court judge, for example, Garland voted to give D.C.'s unconstitutional gun ban a second chance. He also cast a vote to uphold a Clinton-era policy of documenting and registering law-abiding gun buyers, despite federal statutes passed specifically to prevent this.

National registration. The individual right protected by the Second Amendment. Gun bans. These are issues that cut to the heart of the right to keep and bear arms. And whenever he had the chance, Garland was on the wrong side of them.

We’ve seen before the theatrical fury and disbelief that Obama and his surrogates display when they don’t get their way, and we’re seeing it again now. That’s why it is critically important for your Senators to know they have your support in standing against Garland’s nomination.

Obama and his cronies know that the Supreme Court’s support for the individual right to keep and bear firearms under the Second Amendment is (at best for pro-gun advocates) evenly split. The next appointment will inevitably sway the court for or against upholding the promise of the landmark Heller and McDonald decisions.

And that is why your U.S. Senators need to hear from you right now! You elected them. They work for you. You must tell them in the clearest possible terms:  Merrick Garland must not be confirmed to the U.S. Supreme Court.

Use the “Write Your Lawmakers” feature of our website or call the congressional switchboard at (202) 224-3121 to make your voices heard.

Obama’s strategists are working overtime to secure the crown jewel of his antigun legacy: a U.S. Supreme Court that will reverse Heller for all time. Don’t delay. Take action to save your rights now!