Get Your Tickets to the 2016 NRA-ILA Leadership Forum! 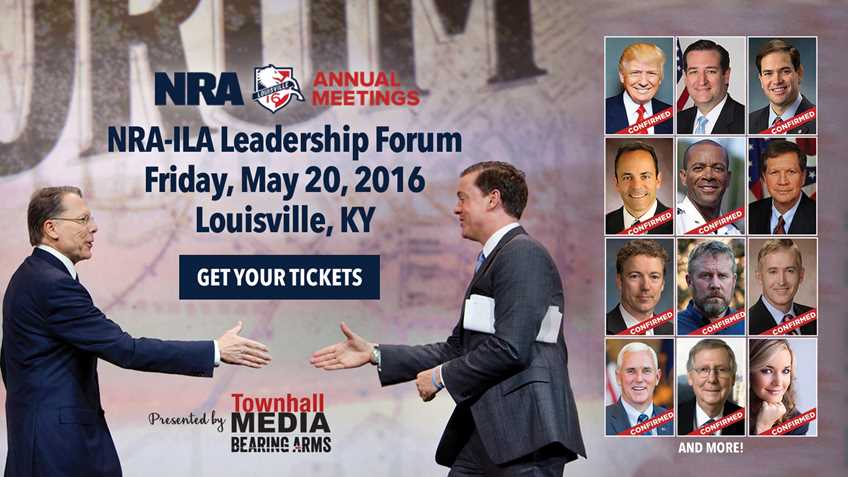 If you’re planning on attending the 145th NRA Annual Meetings in Louisville, KY this year, then the NRA-ILA Leadership Forum is an event you won’t want to miss.  Featuring our nation's top Second Amendment leaders, this forum is a must-stop for candidates seeking the highest levels of elected office — governor, congressman, senator or president of the United States.

With some of America’s biggest names and best political minds on tap, it’s no wonder this has become a can’t-miss favorite for NRA members.  Tickets to this event sell out fast, so you'll want to ensure that you secure your seat for an unforgettable series of motivational and inspirational speeches.

Confirmed speakers at this year's event so far include: