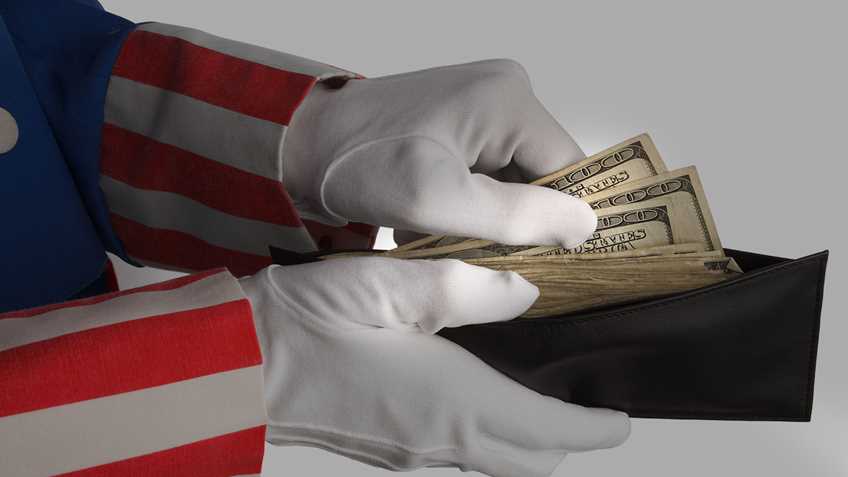 Anti-gun members of Congress and California lawmakers are not only determined to advance their campaign against lawful gun ownership, they intend to make you pay for it. Earlier this month, a group of anti-gun U.S. Senators, along with a colleague in the House, took aim at NRA-supported appropriations language that prevents the Centers for Disease Control and Prevention (CDC) from using taxpayer funds to advocate on behalf of gun control. Meanwhile, California lawmakers are moving forward with plans to establish a publicly-funded gun control research center to be run out of the University of California.

On March 17, a group of 15 senators that included gun control stalwarts Chuck Schumer (D-N.Y.), Dianne Feinstein (D-Calif.), and Dick Durbin (D-Ill.), sent a letter to Chairman Roy Blunt (R-Mo.) and Ranking Member Patty Murray (D-Wash.) of the Senate Appropriations Committee’s Subcommittee on Labor, Health and Human Services, Education, and Related Agencies. In the letter, the senators urged their colleagues to include $10 million for CDC research “on the causes and prevention of gun violence” in the Department of Health and Human Services Fiscal Year 2017 Appropriations. The letter also urges lawmakers to remove long-standing NRA-supported language that prohibits the use of CDC funds to advocate or promote gun control. In a coinciding press release Sens. Richard Blumenthal (D-Conn.) and Chris Murphy (D-Conn.) lamented the funding restriction for what they term as its “chilling effect.”

In making their case, the group of senators cited a December 2015 Washington Post commentary co-authored by former-Director of CDC National Center for Injury Prevention and Control Mark Rosenberg. Specifically, the letter notes a passage where Rosenberg professes his strong belief that “federal funding for research into gun-violence prevention should be dramatically increased.” The choice to cite an item written by Rosenberg is curious, as it was Rosenberg’s work and forthright admissions of CDC’s political aims that in part led to the funding restriction. The recent letter follows a similar effort earlier this year led by Sen. Edward J. Markey (D-Mass.).

On March 23, an anti-gun representative used a House Subcommittee hearing as an opportunity to push for taxpayer-funded gun control efforts. Rep. Nita Lowey (D-N.Y.) expressed her long-held opposition to the gun control advocacy funding restriction. To his credit, Subcommittee Chairman Rep. Tom Cole (R-Okla.) opened the hearing by noting the importance of “ensur[ing] that precious taxpayer dollars are not wasted on politically-motivated activities outside the mission of the CDC, such as promoting gun control or lobbying local communities to ban the consumption of certain products.”

Sensing strong NRA-led opposition to federal gun control advocacy funding, some anti-gun advocates have now set their sights on state treasuries. A bill introduced by Senator Lois Wolk (D-Davis) back in February, but now rumored to be gaining momentum,  is SB 1006, which would “establish a Firearm Violence Research Center at the University of California.” The bill has been praised by Sen. Feinstein, and was co-authored by State Senator Kevin de Leon (D-Los Angeles), best known to gun rights supporters for his incoherent press conference on “ghost guns.”

Should SB 1006 be adopted, given the California State Legislature’s ongoing efforts to push the constitutional limits of gun restrictions, it is unlikely elected officials will be concerned with safeguarding taxpayer funds from being used for outright advocacy. In fact, the legislation makes clear that a goal of the taxpayer-funded center will be to influence lawmakers, stating, “The center shall work on a continuing basis with policymakers in the Legislature and state agencies to identify, implement, and evaluate innovative firearm violence prevention policies and programs.”

For the last 20 years, NRA has successfully worked with Congress to ensure that CDC is prohibited from using taxpayer funds to “advocate or promote gun control.” Despite efforts to portray the contrary, the restrictions Congress has enacted are not a blanket ban on firearms research. The funding restriction was meant to halt CDC’s systematic attempts to undermine the constitutional right to keep and bear arms.

In an article appearing in the February 3, 1989 edition of the Journal of the American Medical Association, titled, “Epidemiologists Aim at New Target: Health Risk of Handgun Proliferation,” Dr. Patrick O’Carroll, then an official with the CDC’s Epidemiology Branch’s Division of Injury Control, laid out the plan against private gun ownership. Revealing the agency’s goal, O’Carroll noted, “The way we’re going to do this is to systematically build a case that owning firearms causes death.”

In 1993, CDC officials Rosenberg and James Mercy participated in the Handgun Epidemic Lowering Plan (HELP) conference. According to HELP chairwoman and founder Katherine Kaufer Christoffel, the conference’s goal was to bring together, “like-minded individuals who represent organizations [interested in]… us[ing] a public health model to work toward changing society’s attitude toward guns so that it becomes socially unacceptable for private citizens to have handguns.”

That same year, Rosenberg was interviewed for a Rolling Stone piece titled, “Gunning for Guns.” The article noted that when it comes to firearm ownership, Rosenberg “envisions a long-term campaign, similar to those on tobacco use and auto safety, to convince Americans that guns are, first and foremost, a public-health menace.” A year later, the Washington Post quoted Rosenberg, who made clear the CDC’s goal of shifting attitudes on firearms to the point where the public perceived them as “dirty, deadly - and banned.”

The CDC-funded Spring 1995 edition of the Trauma Foundation’s Injury Prevention Network Newsletter focused entirely on gun control. The publication contained a section titled “What Advocates Can Do.” Here, the authors implored readers to “Put gun control on the agenda of your civic or professional organization,” and, “Organize a picket at gun manufacturing sites…”

Make your support for federal, state, and local gun laws known to your representatives. This may include:

Aside from flagrant bias, in many cases CDC-funded anti-gun research proved to be severely flawed. Shedding light on the shortcomings of the entire field, David Hemenway, director of the Harvard Injury Control Research Center, recently told U.S. News & World Report that “I could find serious problems with virtually any U.S. study about gun laws.”

It’s understandable why gun control advocates would pursue these efforts. First, pilfering the public coffers in support of their favorite political cause is obviously preferable to expending their own resources. However, there is no shortage of privately available funds for anti-gun research. This is evidenced by the advocacy of the Michael Bloomberg. The billionaire media mogul generously funds the Johns Hopkins University Bloomberg School of Public Health’s Center for Gun Policy and Research. According to the New York Times, as of 2013, Bloomberg had provided the university with $1.1 billion in gifts.

In addition to Bloomberg, a bevy of private institutes and foundations offer funding to those interested in advocating for gun control. Perhaps the best known of these organizations is the Joyce Foundation, who funds the work of the handgun prohibitionist group Violence Policy Center and the anti-gun Harvard Injury Control Research Center. In 2013, the foundation paid $5.4 million in grants for gun control efforts. According to a 2014 financial statement, Joyce’s assets total nearly $1 billion. Moreover, this is to say nothing of various university endowments and other funding streams. In short, if there is sufficient demand for this type of advocacy research, there are sufficient private resources available for it.

However, perhaps more important to gun controllers is the veneer of authenticity that taxpayer-funding provides. Even at this late date, for a dwindling few, the fact that a study was government-funded might, quite inaccurately, connote authenticity or impartiality. Advocates hope that naïve members of the media and public will simply take a government-funded study’s findings at face value. For gun controllers, a headline blaring “CDC finds gun ownership [fill in the blank]” is preferable to a title about a study from a school bearing Bloomberg’s name.

Beyond one’s opinion on firearms rights, it should hopefully strike most Americans as unsavory for their government to pick sides in ongoing political debate and then use public funds to advocate on behalf of it. NRA will continue to work to shield gun owners, and in turn all taxpayers, from having their own money used to target their constitutional rights.

Regressive Cosmo Video Targets Guns and the Men Who Own Them 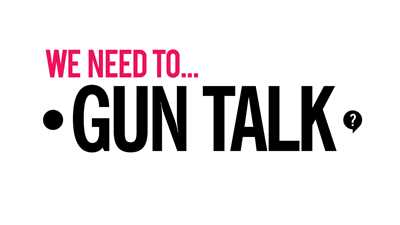