Iowa: NRA-Endorsed Bills to be Considered by House Judiciary Committee

It has been announced that the Iowa House Judiciary Committee will formally give consideration to a slate of proposals on Thursday, February 4, at 3:00pm.  Included in the list of bills to be discussed are NRA-endorsed proposals House File 2042, House File 2043, and House File 2044.

Please contact members of the House Judiciary Committee in support of these critical pro-gun bills!

HF2042- the Youth Safety & Parental Rights Act, sponsored by state Representative Matt Windschitl (R-17), corrects a discrepancy in current law that prevents individuals under 14 years of age from learning gun safety and target shooting with a handgun under their parent’s permission and supervision.  There is a great deal of interest in shooting sports among Iowa’s youth and this bill ensures that individuals under 14 years of age are taught the proper way to handle and discharge a firearm while under the discretion of a parent or guardian.

HF2043- the Hearing Protection Act of 2016, sponsored by state Representatives Matt Windschitl (R-17) and Terry Baxter (R-8), would allow for the sale, use, and possession of firearm suppressors.  The NRA has long been an advocate for suppressor use and applauds the work being done in Iowa to advance this piece of legislation.

As previously reported, suppressors help increase accuracy by reducing felt recoil and shot “flinch.”  Beginners to shooting sports adhere to a quicker learning curve on average because the muffled sound equates to increased focus and concentration on proper shooting mechanics.  Most importantly, suppressors reduce a shooters’ risk of hearing damage, which can occur when discharging a firearm without the proper hearing protection.  In addition, suppressors can help reduce noise complaints from neighbors, particularly at ranges in more densely populated areas.

HF2044 – As previously reported, the Freedom Protection Act, sponsored by state Representative Matt Windschitl (R-17), would prohibit any state official, including the Governor, and government agency from confiscating or regulating the lawful possession, carrying, transfer, transportation and defensive use of firearms or ammunition during a state of emergency, such as the actions that occurred in the wake of Hurricane Katrina in New Orleans, Louisiana.  Clearly, this bill goes directly to the heart of NRA members and defends our Second Amendment rights.  This legislation takes the necessary and proper steps to prevent gun confiscation and to protect lawful gun ownership during any situation.

The NRA is in full support of the aforementioned bills. With your help, we can come one step closer to passing these pro-gun reforms.  Please contact the members of the House Judiciary Committee and politely urge them to support these critical pro-gun bills.

Kansas: Right to Hunt and Fish Constitutional Amendment Passed Out of Committee 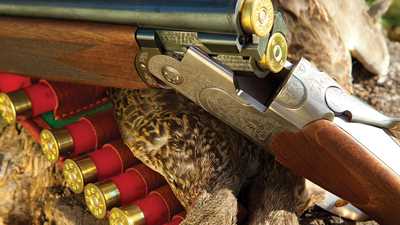