This week, an Iowa House Judiciary Subcommittee approved House File 2044 which would protect the rights of law-abiding gun owners during times of emergency in the state.

HF 2044, introduced by state Representative Matt Windschitl (R-17), would prohibit any state official, including the Governor, and government agency from confiscating or regulating the lawful possession, carrying, transfer, transportation and defensive use of firearms or ammunition during a state of emergency, like the actions that occurred in the wake of Hurricane Katrina in New Orleans, Louisiana.  Clearly, this bill goes directly to the heart of our cause and defends our Second Amendment Rights.

Opponents of this bill claim HF 2044 is unnecessary because such cases of emergency are extremely rare; however, it is those same opponents and gun-control advocates that will stop at nothing to take guns out of the hands of law-abiding citizens and who seek to trample upon the Second Amendment at every turn.

The Iowa General Assembly is taking the necessary and proper steps to prevent gun confiscation and to protect lawful gun ownership during any situation, no matter how rare.

Please contact your state Representative and state Senator​ to voice your support for House File 2044.  The NRA and the Iowa Firearms Coalition will do all they can to help move this legislation forward. Please stay tuned to www.nraila.org and your email inbox for further updates on this bill as it progresses through the Iowa General Assembly. 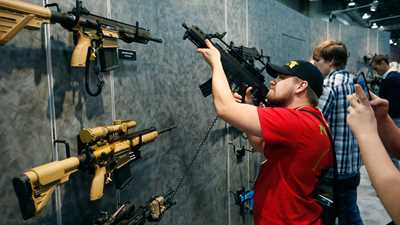