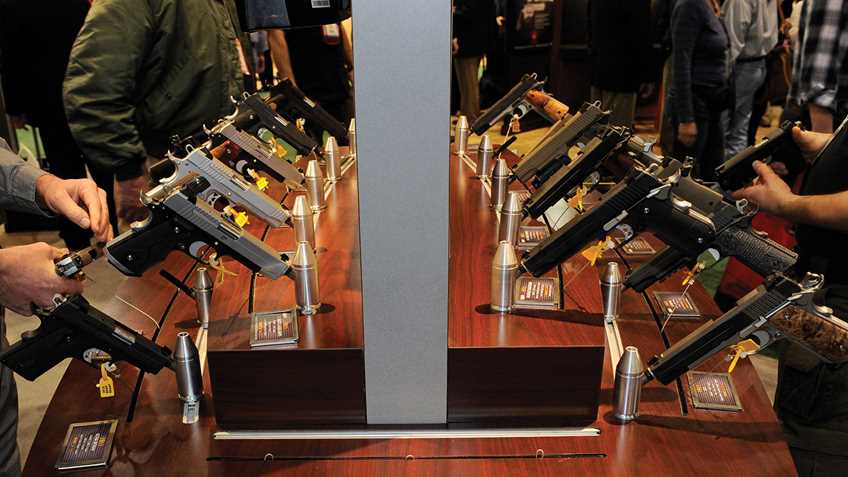 State lawmakers will gather in Santa Fe on Tuesday, January 19, for the start of the 30-day legislative session for 2016.  Anti-gun legislation has already been pre-filed in the form of House Bill 51, sponsored by state Representative Miguel Garcia (D-ABQ).  As previously reported, HB 51 criminalizes non-dealer firearm transfers at guns shows and takes the first step toward a universal ban on private gun sales.  Your NRA will closely monitor any firearm-related measures and alert you to any action that needs to be taken to protect them.  In the meantime, local elected officials have been taking important steps to protect your Second Amendment rights in New Mexico.

Last week, the Otero County Commission and Fair Board approved the use of county fairgrounds facilities for future Western Frontier Gun Shows held in conjunction with the Alamogordo Evening Lions Club.  As the local news media reported last month, New Mexico State University-Alamogordo officials had recently decided to no longer allow such events to take place at the Tays Center.  This abrupt action left the future of these shows in Alamogordo in doubt until the County Commission and Fair Board stepped up and gave them a new home.  The first show will be held there February 6 & 7.  NRA members are strongly encouraged to attend this show, and those who reside in Otero County should email County Commissioners thanking them for their work to keep these popular events going in Alamogordo.  Contact information can be found here.

For now, it appears as though the annual Alamogordo Friends of NRA (FONRA) banquet will continue to take place at the Tays Center; details are still being worked out at this time, but the event is expected to be scheduled there for September 10, 2016.  Thank you to the local FONRA committee members, as well as state Senators Ron Griggs & Bill Burt and state Representative Yvette Herrell, for all their work to preserve these events where NRA members can congregate and enjoy the freedom to exercise their Second Amendment rights.

Earlier this month, the Clovis City Commission unanimously passed Resolution #2816-2016 opposing HB 51 -- declaring that it exceeds federal law, that it's an ineffective crime control measure.  HB 51 also places Lions Club gun shows held in Clovis at a competitive disadvantage with similar events in neighboring states.  The resolution was sponsored by District 1 Commissioner Randy Crowder, who also serves as the state Representative for House District 64.  NRA members in Curry County should email the Mayor of Clovis and City Commissioners thanking them for taking a firm stand against HB 51 and in support of their Second Amendment rights.  Contact information can be found here.

Today, Secretary of State Jocelyn Benson issued guidance prohibiting the open carry of firearms at polling places on election day. The prohibition extends to 100 feet of any entrance or exit, but it does allow citizens to ...

Gun control advocates know that Montanans cherish their right to keep and bear arms. That’s why this election season, out-of-state anti-gun interests are working to deceive rather than win over Montana voters. Case in point ...

On Tuesday, the Pennsylvania Game Commission approved three Sundays in November for hunting.