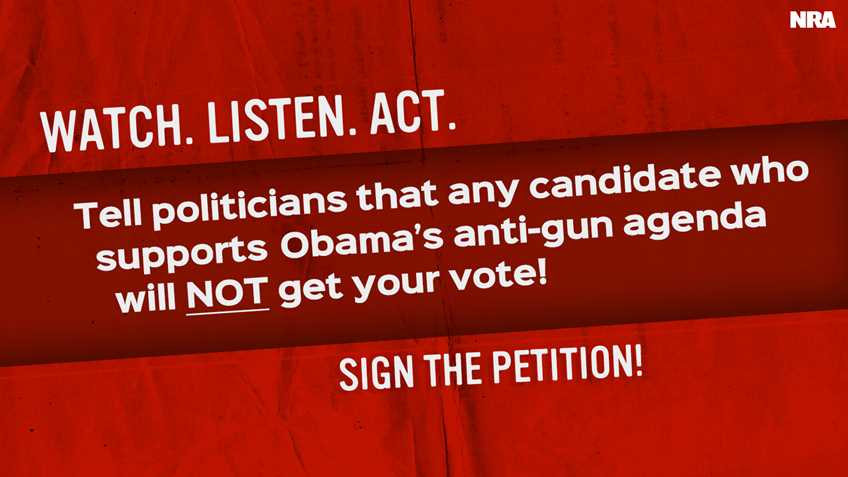 President Obama is using executive actions to restrict your Second Amendment rights. You must make this clear to candidates in 2016:

If they support the Obama anti-gun agenda now, they will not get your vote in November!

These executive actions are just the first step of Obama's final push to erode your freedom. The president has launched a national media blitz against your Second Amendment rights. Are you prepared to Stand and Fight this assault on your freedoms?

President Obama will join Anderson Cooper on CNN for a closed town hall on gun control. The President will discuss gun issues, and take questions from CNN-selected audience members.

President Obama won’t be on the ballot in 2016, but thousands of other candidates will. Send them a message:

If they support the President’s gun ban agenda, they will lose your vote!

Sign this petition because your voice matters. Let every candidate know that if they support the Obama anti-gun agenda,they will not get your vote!

Click here to let every politician know where you stand on the Second Amendment: