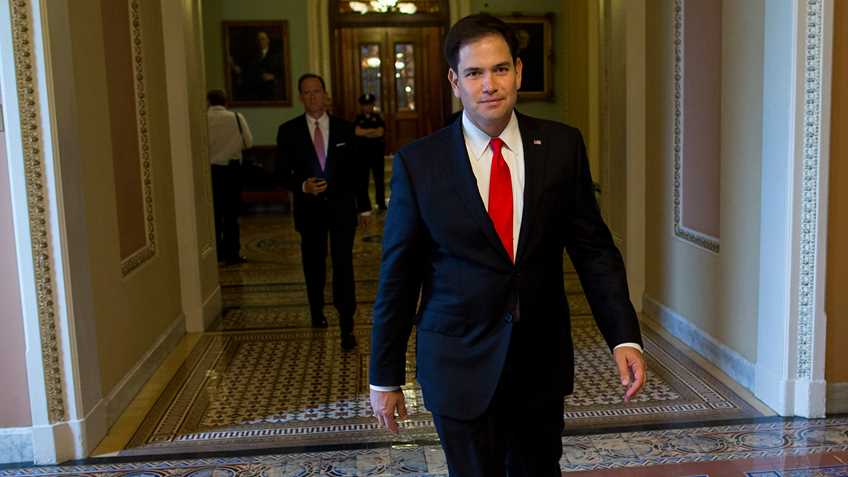 Just as the New York Times is doing its best to shrug off whatever remaining journalistic integrity the paper might have had, the country’s other major establishment newspaper, the Washington Post, has managed to check some facts without their usual bias. The Post’s Fact Checker column concluded that Barack Obama deserved a rebuke for some of his recent comments on gun control, while giving a statement by Sen. Marco Rubio (R-Fla.) their highest award for credibility.

Specifically, the Post took issue with Obama’s repeated claims that high-profile shootings do not happen with the same frequency in other countries. For Instance, at a June 19 speech before the wildly anti-gun U.S. Conference of Mayors, Obama claimed, “[w]e are the only advanced country on Earth that sees these kinds of mass shootings every few months.”

The Post wisely turned to research examining the rate of deaths resulting from mass shootings in 11 countries, conducted by State University of New York-Oswego professor Jaclyn and Texas State University’s H. Jaymi Elsass. The Post points out, “the United States had a lower rate of mass shooting fatalities per 100,000 people than Norway, Finland and Switzerland.”

Moreover, the Post cites economist John R. Lott, who told the reporters, “If you are going to compare the U.S. to someplace else, if you are going to compare it to small countries, you have to adjust for population. Alternatively, compare the U.S. to Europe as a whole.” The piece went on to explain that Lott contends that when this more appropriate measure is taken “from 2009 to 2015 shows the rate of mass shootings in the United States and Europe are about the same.”

The Post ultimately concluded by stating, “[w]e urge the president to be more consistent and precise in describing mass shootings in the country… rather than using vague or misleading phrases.” For these misleading statements, the Post awarded the president two “Pinocchios.”

On the other hand, Sen. Rubio earned top marks for a December 4 statement on CBS This Morning, “[n]one of the major shootings that have occurred in this country over the last few months or years that have outraged us, would gun laws have prevented them.” This is a point that NRA has made repeatedly. Simple common sense would dictate that anyone committed to carrying out this type of violent, and often suicidal, attack is unlikely to be deterred by any law pertaining to the possession or acquisition of firearms. However, the Post goes into detail breaking down twelve high-profile shootings in order to see if any of the more popular gun control proposals, such as semi-auto restrictions and bans on private transfers, could have prevented the incident.

After analyzing these events, the Post concluded, “Rubio’s statement stands up to scrutiny,” earning the “Geppetto Checkmark.” As if piling on already beleaguered gun control supporters, the Post went on to take a swipe at their favorite state, noting, “three of the mass shootings took place in California, which already has strong gun laws including a ban on certain weapons and high-capacity magazines.”

This rare mainstream recognition of the validity of pro-gun arguments against further ineffective restrictions on our liberty is a welcome respite from the often unashamedly biased coverage attendant many outlets. If reporters simply analyze the facts, as done in these two pieces, we have no doubt they will continue to vindicate the pro-gun position in the future.